On our ourney northwards across Burgundy we entered the heartland of the Cistercian Order, and passed the sign for Citeaux itself. Further on, and near to the Gaullist shrine of Colombey les Deux Eglises we came to the sign for Clairvaux and decided to break our journey for lunch there.

The village is quite pretty, and the monastic enclosure quite clearly defined by its perimeter wall, but the home of St Bernard is today a rather sad place for the pilgrim or historian. 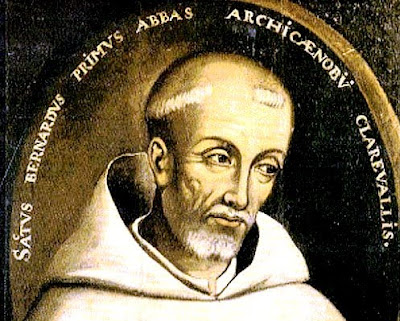 Founded in 1115 on a site immediately to the west of the present enclosure the house expanded and produced agreat number of daughter foundations under the example and influence of its great abbot. In 1134/5 it moved to the present site, two decades before St Bernard died in 1153. The conventual buildings were nearly all replaced by the present complex in 1708 - as at Paray and cluny evidence once again of vitality amongst the monastics of the Ancien Regime, but following the revolution the abbey became a prison, which it remains to this day, and in 1808 the medieval  church was destroyed. 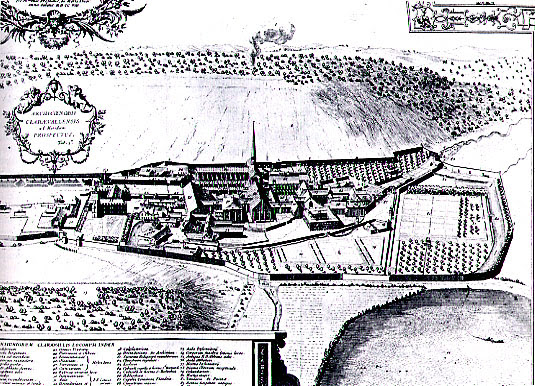 Clairvaux before the eighteenth century rebuilding and post-revolution destruction

Although it is still a prison, there is a visitors centre in the Hostellerie des Dames, which dates from about 1500, and where we had lunch in a common room, with good information displays about the abbey on the walls. We did not have time, but one can pay and enter part of the prison - no cameras, mobile phones etc - and see the surviving cloisters. 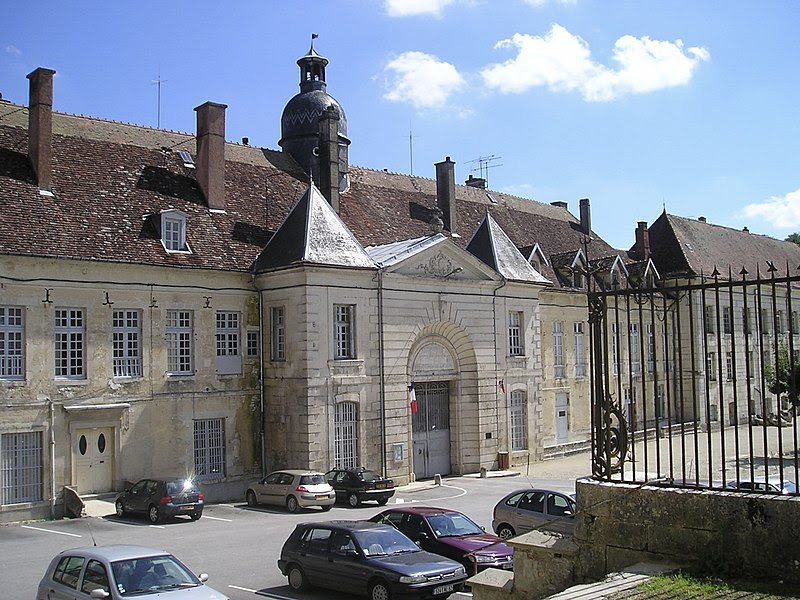 In many ways the complex was rather forlorn - the eighteenth century buildings no doubt wrecked by two centuries of prison use, about one medieval buildingin in that complex, a few surviving outbuildings and the perimeter wall, and the great church demolished. The hot weather and a sense of the dustiness of the outer courtyard added to that sensation. I am sure that in England it would no longer be a prison and more would be made of a monastery of such historical significance. An interesting visit to a place that cries out for more attention - though it is now receiving some to make it accessible to visitors.