Today we visited Paray-le-Monial and Cluny, and I think they each deserve a post of their own.
We had heavy rain, or at least heard it beating on the roof of the basilicawhilst we were at Mass, and the morning was somehat damp, but still dry as we drove north-west to Paray.
The wonderful Cluniac priory church - now the Basilica of the Sacred Heart - dates, with the exception of the slightly earlier narthex left from the previous church and a fourteenth century rebuilding of the south transept chapel, dates from 1090-1110, the last years of St Hugh the Great as abbot of the mother house at Cluny, and when the great church there, Cluny III, was still under construction.
It is simply stunning as a building, the best preserved Cluniac church of its era and region. It is well maintained, but has lost most of its historic furnishings. Nonetheless very well worth visting as a place of prayer and as an insight into the culture of the Cluniac world. Looking at the east end with its connected apses and chapels one of our party decided it fulfilled the ideal of "noble simplicity", and that is indeed an excellent summary of that Cluniac vision. We did however point out to the Brother that he would not be able to fit it into his back garden in Headington were he to attept to build it at home. 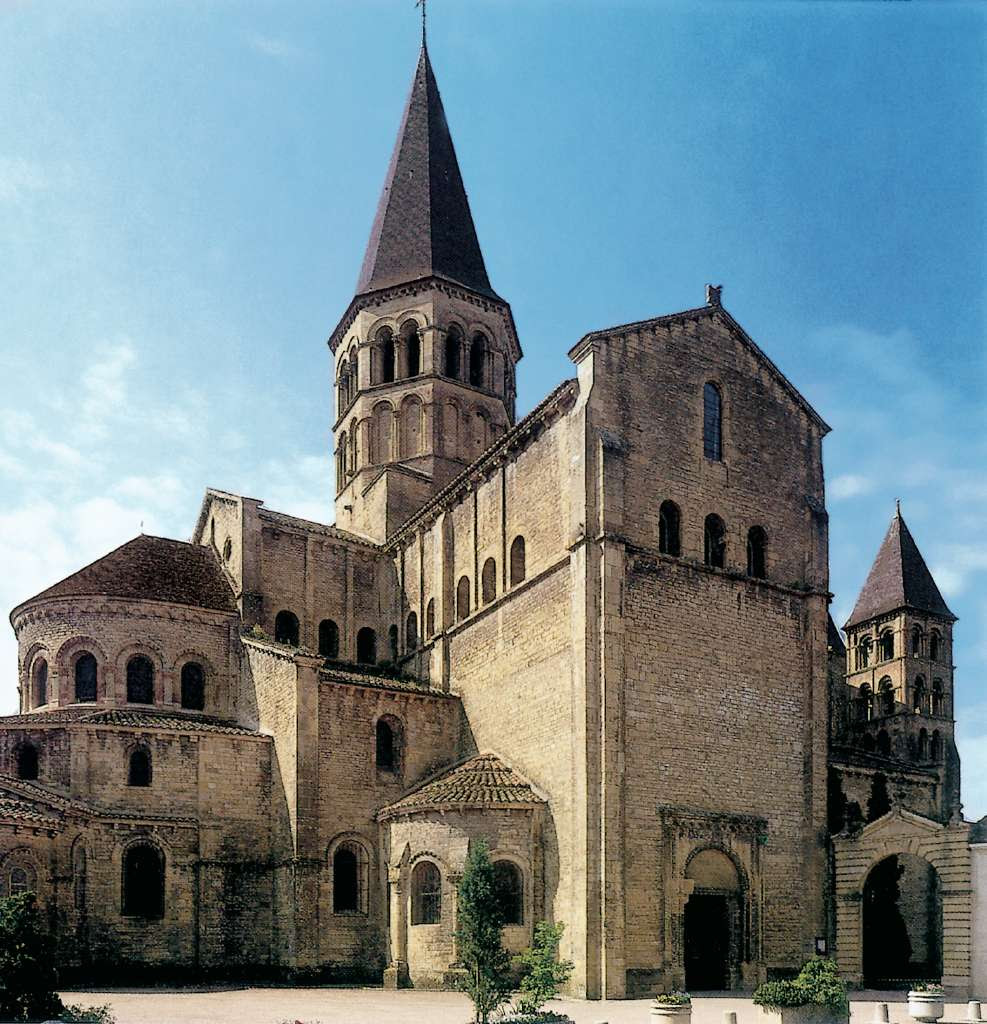 The apse, tower and north transept
The tower was faithfully restored its original design in the nineteenth century
The north transept door has exquisite carving around itImage:cmapspublic.ihmc.us

Noble simplicity - the apse and chevet of Paray le Monial

Image:jamesburge.co.uk
There is a series of more pictures of the basilica on the Art-Roman website here.
The current dedication of the basilica is because of the because of events of the late seventeenth century at the Visitationist convent nearby where St Margaret Mary Alacoque received, reflected upon and promoted devotion to the  Sacred Heart. In this she was supported by her Jesuit spiritual director St Claude de la Colombière who is also enshrined in the town. 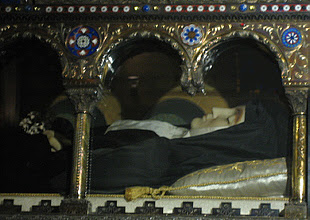 Image:intodayscatholicworld.com
We visited the Chapelle des Apparitions attached to the convent of the Visitation Order, so here too was a link to our visit to Annecy yesterday. The chapel is now essentially nineteenth century, and not especially attractive, but it contains the chasse of St Margaret Mary and a striking modern tabernacle in the form of the Sacred Heart - a little difficult to see at first, but an eminently suitable design for the chapel and its dedication.
The church that holds the body of St Claude is round the corner, but unfortunately was closed; Fr Jerome considers it a good example of twentieth century French ecclesiastical decor.

Further along the way we looked at the remians of the old church of St Nicholas  and the very handsome Hotel  Jayet, dating from the 1530s and once decorated with polychrome. 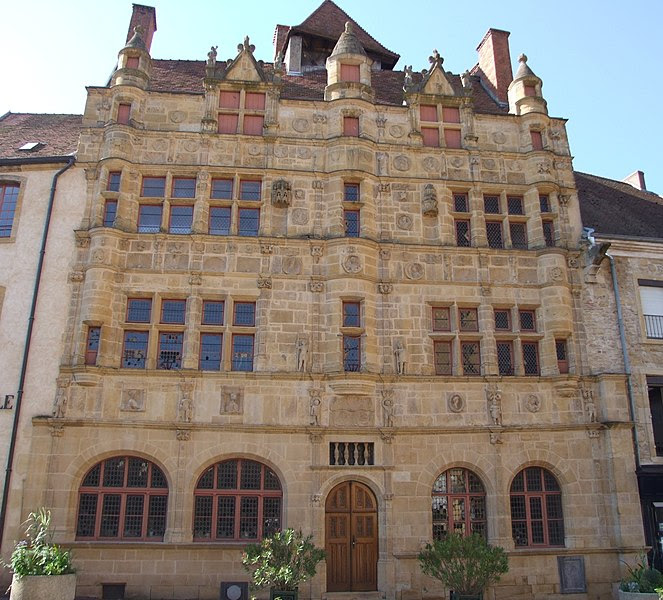 Paray is a very attractive town, what onw expects an old french town to be, with picturesque buildings and small local businesses. The sort of town you could imagine living in.

Stocking up with baguettes and brie we lunched in the gardens outside the west end of the basilica, and facing a tributory of the Loire, before having acoffee and back on to the mini-bus for our next visit, which was to be Cluny.