Over the hills to Annecy and back

After our 8 am Mass, a votive of St Jean Marie at his chasse, we set off to visit Annecy, which lies to the east, and close to the Swiss border.

The countryside got increasingly spectacular as we travelled through the Ain gorge to Nantua and on to Bellegarde,which still feels like a frontier town, which it was until the ebvents of 1858-60, and into Haute Savoie. Here is what was until that time part of the Savoyard Kingdom of Sardinia, the modern regional authority uses the Savoy arms of a white cross on red and these were much evidence as asign of local identity. The landscape subtly changed at ground level, whilst at Annecy we were in an Alpine setting, the mountains looking down on the lake. This forms a very spectacular setting for the city. As with so many French cities the outskirts were rather depressing, with a closed up, dusty aspect, and too much architecture in the style of Le Corbusier, but the old city itself is. charming. It is small and the buildings suggest a similarity to the architecture of other Alpine countries such as Switzerland, Germany and Austria - it is not especially French in feeling.

We parked up near the basilica of St Frances and walked down into what is very much the city of St Francis de Sales, the erstwhile Oratorian who based himself in Annecy as Bishop of Geneva, being unable to occupy his episcopal city which was under Calvinist control. There is an online life of St Francis de Sales here. 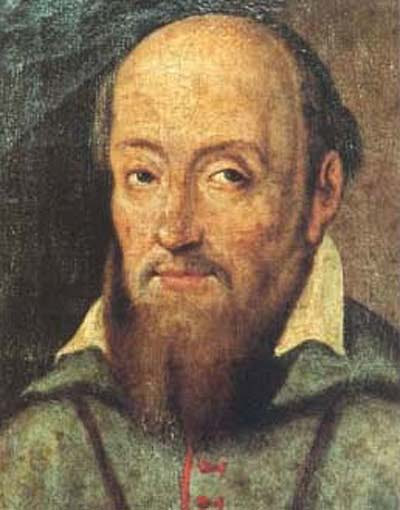 Walking in we passed the first two homes of the Sisters of the Visitation, the Order he founded with St Jane Frances de Chantal in 1610, and a handsome statue of him looking out towards the lake. The church of St Francis was the original burial place until 1793 of both St Francis and St Jane Frances, and the sites of their tombs are indicated. The church has a fine series of folk baroque altars in the aisles. 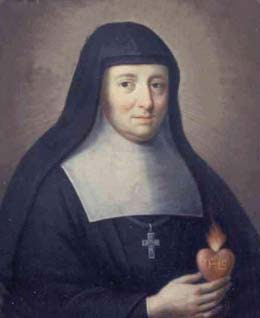 Further into the old town was the medieval friary church of St Maurice, which was closed for restoration, and the church of Ste Marie. This has a handsome medieval tower and spire, but the rest is a dignified but not very interesting rebuilding on Classical lines of 1846-53 - it seemed a bit like a rather drab version of the London Oratory. A former collegiate church established by Pope Benedict XIII in the early fifteenth century it was where St Francis de Sales' mother prayed for the gift of a son.

Not far away was the cathedral of St Pierre, established by St Francis as his pro-cathedral, and opposite one of the houses in which he resided when Bishop. Again not an overly impressive church, but interesting to visit.

Following on we came to the Palais de l' Isle, the historic seat of government on a small island in the river just before it flows into the lake. This is Annecy at its quintessentially most picturesque.

We lookedin at a shop which sold local monastic produce - Green Chartreuse - sampled some, and a bottle was purchased to take back for the Fathers at the Oxford Oratory.

We walked uphill, past the chateau and through the city wall towards the Basilica. This was quite a claim on a hot day. The church is early twentieth century, big and somehat showy, but not overly appealing. It has a series of windows depicting the lives of SS Francis and Jane Frances in highly coloured glass and their two shrines are rather understated metallic altar like chasses at the end of the north and south aisles. Not, to my mind, an overly attractiveor appealing building, but quite alandmark with its tall western tower and grand porch entrance. Outside the forecourt looked rather forlorn and the flower beds in need of care and attention.

Following "Toutes directions" proved misleading - it was "toutes" save the one we needed, so we had to do a detour back to the centre to get out again, and follow the road along a lakeside route towards Chambery (once the home of the Shroud of Turin), before turning northwest and back through a tunnel under the mountains and through gorges and more splendid countryside to Belley. This is the diocesan centre for Ars - with which it now shares its title -  but the cathedral was closed. This was an earlier nineteenth century rebuilding in an almost English fourteenth century style. To the north was a very fine eighteenth century episcopal palace.

The journey back was a continuation of spectacular scenery through the steep sided wooded valleys of Bugey back towards the lowlands of the Dombes. At one point I noted a roadside thermomater which put the temperature at 29C, and that was after 6pm, so a very hot day by what I am used to.

Back at Ars we again followed our evening meal with Brothers' prayers in the Lady Chapel of the shrine and then walke dup to the hotel we had visited before for coffee and conversation.