The death of King Manuel II


Today is the eighty first anniversary of the sudden death of King Manuel II of Portugal at Fulwell Park Twickenham in 1932. He was 42 and died from a tracheal oedema. I started this post last year to mark the eightieth anniversary but it never got finished, so I am publishing it this year.

After the 1910 revolution the King lived in England, settling at Fulwell Park in Twickenham, near the former  home of members of his mother's family, the house of Orleans. Whilst there he wrote his important history of Portuguese literature, supported national charities during the Great War and was also a patron of the local church at which he worshipped, and leading figure in the local community.

There is an illustrated online biography of the King here, which gives dwertails as to his death and the funeral ceremonies, which inclued the transfer of his body to Lisbon for burial in the Royal Pantheon.

There is a more detailed biography with photographs and a wealth of detail from the blog Unveiling the Portuguese Monarchy  at King Manuel II, "The Patriot". 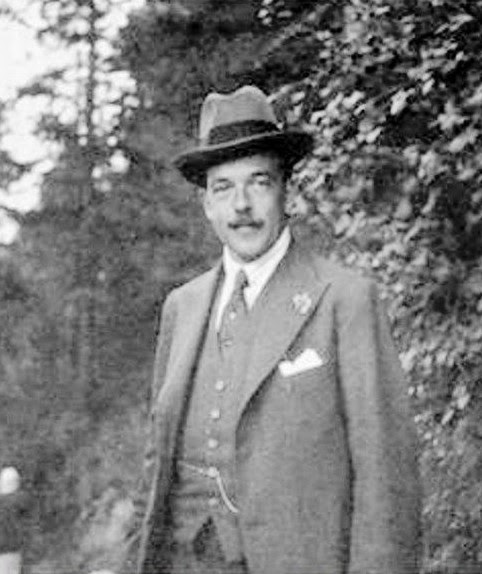 
A photograph of the King taken only hours before his death
﻿
Image: Wikipedia

On YouTube I found this video made by a  local reseacher about the King's life at Fulwell and about surviving memorials to his time in Twickenham: