Tsar Michael I of Russia


It was on February 21 1613 that the 16 year old Michael Romanov was unanimously elected by the Zemsky Sobor as the Tsar of Russia. This choice of the young Tsar is seen both as marking the end of the Time of Troubles following the end of the House of Rurik in 1598 and as the beginning of the rule of the Romanov dynasty. It was not until March 24 that a delegation reached Michael and his mother, who were initially reluctant to accept the dignity, and not until July 22 that he was crowned. 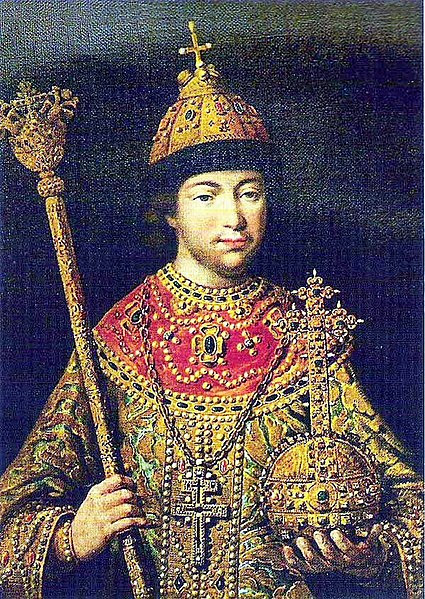 Tsar Michael I at the time of his coronation
Image: Wikipedia
There is an introduction to the life of Tsar Michael I here. In 1913 there were Tercentenary Celebrations of the advent of the Romanovs which tragically proved to be the swansong of the old order in Russia. There is a short account of the celebrations on that February 21st here. 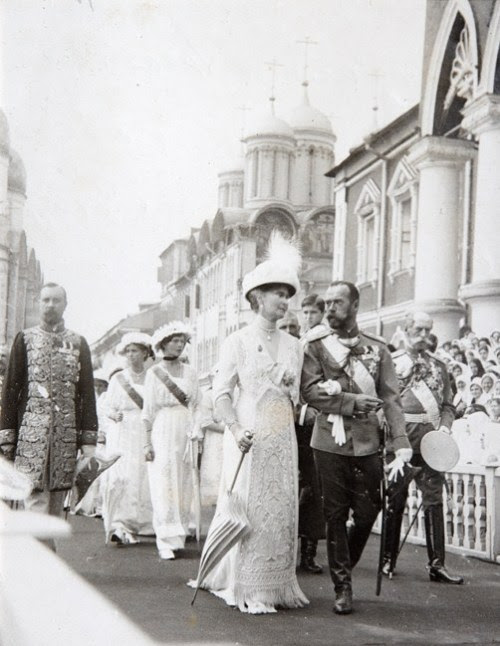 Emperor Nicholas II and Empress Alexandra and two of their daughters
at the Tercentenary Celebrations. The Tsarevich Alexis, carried by a cossack,
can be seen between his parents.

Image: zolotoivek.tumblr.com
Posted by Once I Was A Clever Boy at 11:23