Today is, by my reckoning, the exact anniversary, allowing for the calendar change of 1752, of the opening on February 3 1388 of what was to be termed by Henry Knighton the chronicler of Leicester abbey, the Merciless Parliament, which sat until June of that year, and during its session by its actions earned its epiphet.

The 1388 Parliament is the third act in the political drama played out between 1386 and 1389, beginning with the Wonderful Parliament of 1386 and the "gyration" of the King round his realm during 1387 when he sought to outflank politically, miliatrily and legally his critics. The failure to do that by December 1387 had brought the country to the edge of civil war and the King to the real risk of deposition. Parliament was summoned to address the issues that underlay the crisis.

There is an account of the Parliament, but one which I am somewhat wary of recommending as it contains a number of  inaccuracies, here. It gives the basis sequence of events, but is at points inaccurate and has misleading links - but it is, I suppose, better than nothing as an introduction. 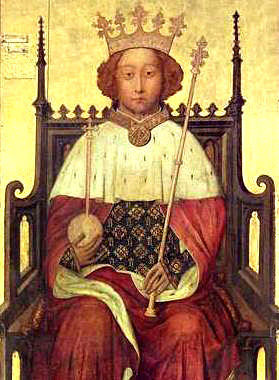 King Richard II
This portrait, in Westminster abbey, and dated to circa 1393, shows the King much as he may have appeared presiding over the Parliament of 1388.
Image: Wikipedia

In popular perception, such as Gordon Daviot's play Richard of Bordeaux, the events of these year tend to be presented as the youthful King being ganged up upon by nasty nobles who eliminate his friends.
Trying to understand these events historically offers a range of interpretations. The young King had an exalted view of his position and sought freedom to appoint whom he chose and pursue his own policy, notably one of a peaceful settlement with France of the English claims there - and the French appear to have been offer a considerable amount of territory in return for homage. To some of his relatives and nobles this was a betrayal of the English position and they resented exclusion for the King's circle and access to it, blaming ostensibly, and probably in part actually, the King's favourites for this - to publically blame the King himself was to risk even more conflict.
The opposition to the King, who had recently reached the age of 21,  was led by his uncle, Thomas of Woodstock Duke of Gloucester , who had just turned 33, and two of the greatest magnates, Richard Fitzalan Earl of Arundel, who was about 42, and related to the royal family through his mother and second wife, and Thomas Beauchamp Earl of Warwick, at 50 the oldest of the group. They were now joined by two younger men. One was the King's cousin and the son and heir of John Duke of Lancaster Henry Earl of Derby, later King Henry IV, who was 21 in the April of 1388, and who was probably safeguarding his own family interests as one closely in line to the throne, and who may well have resented the influence of some of the King's favourites. His wife 's elder sister was the wife of Gloucester. The other was Thomas Mowbray Earl of Nottingham,w ho at 22 may have resented his displacement as an intimate of the King. He too was a descendant of King Edward I and the son-in-law of Arundel. Anthony Goodman's The Loyal Conspiracy gives a balanced assessment of these five nobles.
These five, as the Lords Appellant brought charges in Parliament against leading figures around the King, who were found guilty of 'living in vice, deluding the said king...embracing the mammon of iniquity for themselves.'  Three of the principal victims, Michael de la Pole, 1st Earl of Suffolk, who had served as the King's Chancellor, the King's great friend Robert de Vere, Duke of Ireland and Earl of Oxford and the Archbishop of York Alexander Neville fled to the Low Countries where they died in exile in the 1390s. Less fortunate were Chief Justice Robert Tresilian and the London financier Nicholas Brembre who were executed. So too were a number of the King's Chamber Knights, most notably, and divisively even for the Appellants themselves, Sir Simon Burley, the former tutor of the King, as well as lesser figures such as the writer Thomas Usk. 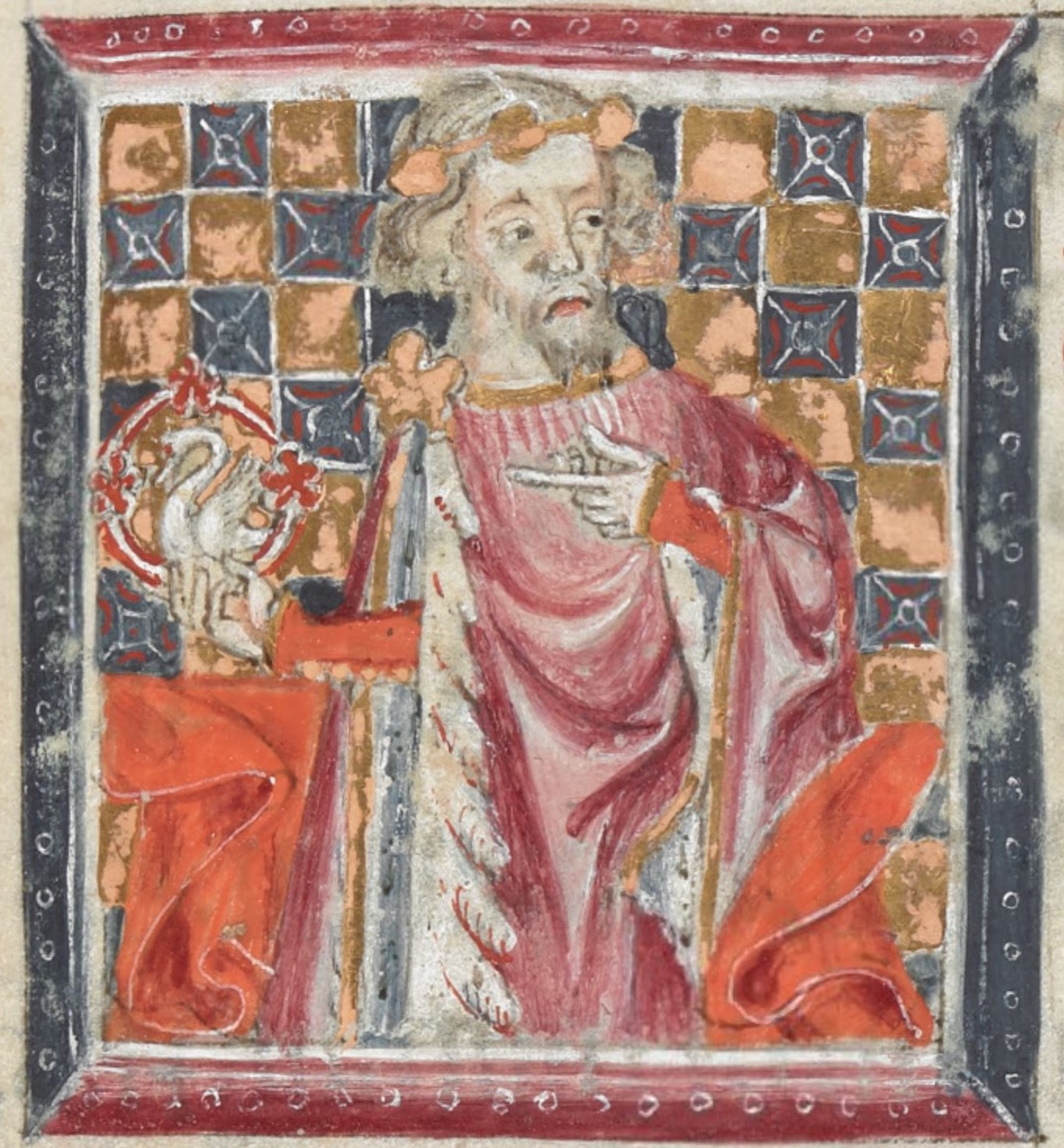 
The King recovered the initiative in 1389, but the events of the years 1386-8 loomed as a series of unresolved grievances and resentments through the 1390s, came to the fore with the King's move against Gloucester, Arundel and Warwick in 1397 and the consequent royal 'tyranny' led to the King's downfall in 1399.