With one of the students I am teaching this term I am looking at the life and times of Anne Boleyn. In today's tutorial we considered her background and upbringing, and her time at the Burgundian-Habsburg court of Margaret of Austria and at the French court.

A point which occurred to me some time ago, and which I made in our meeting, was the similarity between Elizabeth Woodville and her family and Anne Boleyn and hers. The physical similarities between King Edward IV and his grandson King Henry VIII are clear, and also the fact that both became King at the age of eighteen - with possibly no few consequences attendant thereupon. Both had continental ambitions that remained fundamentally unrealised. 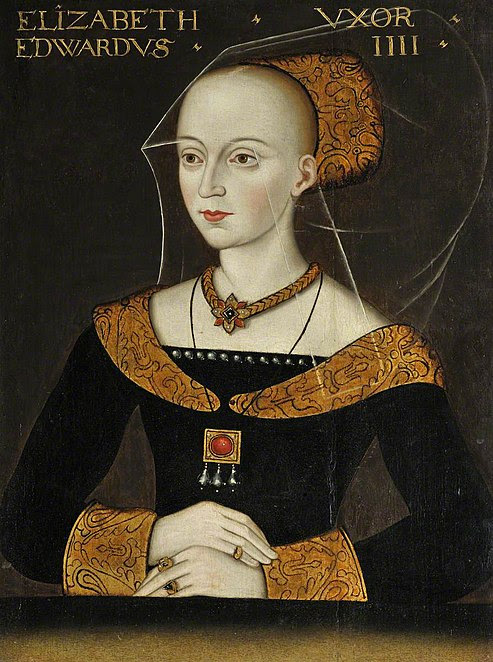 The similarities between Elizabeth and Anne are interesting and noteworthy. Elizabeth was half Burgundian through her mother Jaquetta, Anne had lived at the court in Brussels as a girl. In both cases previous marriages or pr-contacts by their husbands shaped their rise or fall. Both resisted becoming the King's mistress, both were highly controversial choices as Queen consort, both, inevitably, advanced the position of their family. Both their families were far from popular, if not cordially loathed, by others in the political establishment, and both paid a bloody price - Elizabreth Woodville lost her father, two brothers and a son by her previous marriage to the headsman as well, of course, as the disappearance of her sons by King Edward IV; Anne Boleyn lost her own head, as did her brother George his, and the family never recovered its influence. 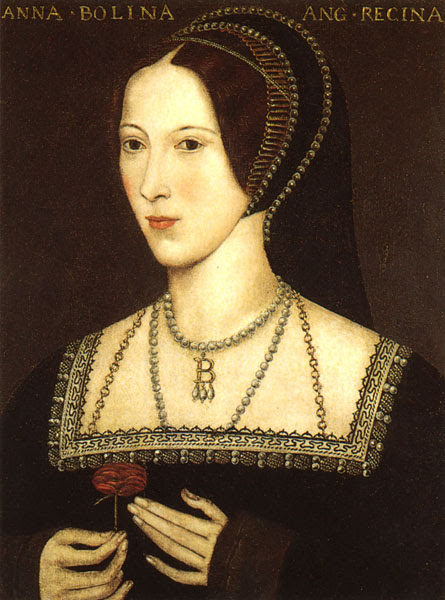 Anne Boleyn
Later copy of a portrait of circa 1534

Anthony Woodville, Earl Rivers and George Boleyn Viscount Rochford can be seen to have been more considerable figures than might have been supposed the Oxford Dictionary of National Biography lives of them bring this out. That of Rivers, by Michael Hicks, can be read here and that of Rochford by Joseph Block is here.

Both were accomplished in courtly and diplomatic arts, and men of learning with a recognised interest in learning and religious ideas. There is more about Rivers' literary patronage here  and George Boleyn was anxious to advance the evangelical reformist ideas that gained ground with his sister's elevation. 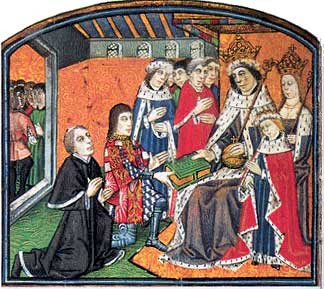 Earl Rivers and William Caxton presenting a book to King Edward IV,
Queen Elizabeth and Edward Prince of Wales, later King Edward V.
The figures between the King and Earl Rivers may be the Duke of Buckingham and Cardinal Bourchier of Canterbury.

What strikes me in this similarity is the point that the world of the 1460,70s and 80s was very similar to that of the 1520s and 30s, though clearly the religious controversies of the latter were new in themselves.  The late-medievalist in me tends to see the period as a unity - another reason for not seeing Bosworth as either an ending or a beginning.

How interesting that Anne Boleyn was doted upon by Margaret of Austria, she must have little suspected that Anne would be her sister-in-law's undoing. And this in the Burgundian court of her recently-deceased predecessor, the furiously anti-Tudor dowager duchess Margaret of York!