Having written my posts St Wilfrid two years ago about his life and cult and last year about two of the churches under his patronage I was wondering what to say about him today when, searching for images of him on the internet I came across this one, of a statue in the church at Cotton in Staffordshire. It is not in itself a great work of art, but it is an interesting link between St Wilfrid and one of the great figures of the English nineteenth century Church, Fr F.W. Faber. 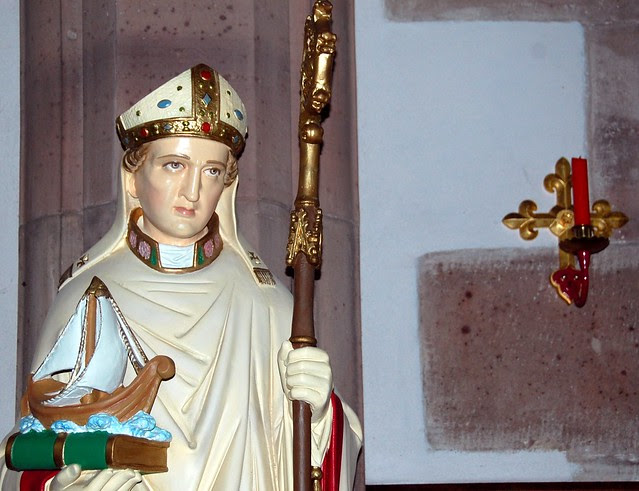 Statue of St Wilfrid
St Wilfrid's Catholic church, Cotton, Staffordshire
Image: Mr Po on Flickr
Fr Faber, the Oxford DNB life of whom by Sheridan Gilley can be read here, was born at Calverley in the West Riding  in 1814, although he only spent the first six months of his life in the village, about which there is an online article here. His grandfather, Thomas Faber, was the Vicar and Frederick William was born at the vicarage. The medieval church at Calverley, in which he was baptised is dedicated to St Wilfrid, and in later life Faber was to exhibit considerable devotion to the seventh and eighth century Bishop whose Roman preferences shaped the evolution of the Northumbrian church. Devotion to English saints was, of course, a hallmark of the Oxford Movement.

Thus upon his reception it was under the patronage of St Wilfrid that Fr Faber made his initial foundation at Cotton, known as the Wilfidians, built a church under St Wilfrid's patronage, and was to take the name Wilfrid in religion.

In later years at London the Oratory came to have a chapel of St Wilfrid, where Faber's remains now lie, and St Wilfrid's Hall. 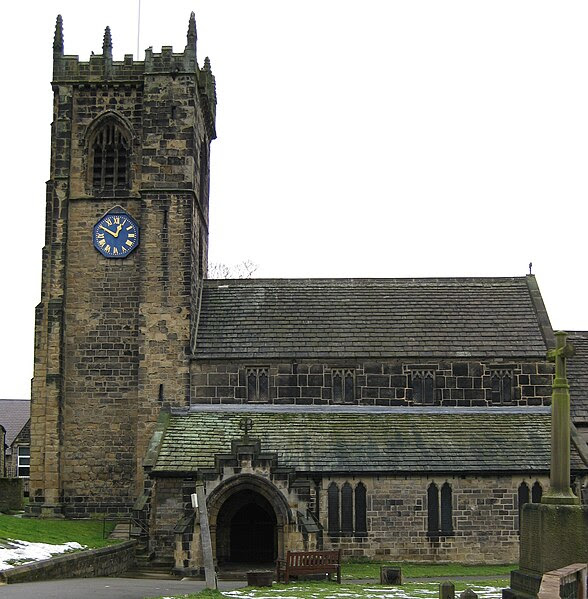 
St Wilfrid's Calverley may then be seen, in a sense, to be a somewhat surprising mother church to the London Oratory.
Posted by Once I Was A Clever Boy at 10:23