Following on from my post yesterday about the Romanian coronation in 1922 here are some details and pictures of the regalia used in the ceremony.

The regalia used at the 1922 coronation consists of the King's crown and sceptre, his mantle, and the Queen's crown.


The King's crown was the Steel Crown of  King Carol I of Romania which was forged at the Army Arsenal (Arsenalul Armatei) in Bucharest of the steel of a cannon captured by the Romanian Army from the Ottomans during the War of Independence of 1877-78. King Carol I chose steel, and not gold, to symbolize the bravery of the Romanian soldiers. He received it during the ceremonies of his coronation and of the proclamation of Romania as a kingdom on 10/22 May 1881. This photograph shows the contrast of the steel and the gilding:

The sceptre made for King Ferdinand I in 1922 It depicts four rural Romanian women and the head of an eagle with a cross in its beak. The eagle symbolizes the Latin origin of the Romanian people.On it is an inscription "To His Majesty King Ferdinand of All Romaniana, given this in remembrance of the 1916-1919 war for the liberation and unification of all Romanianans" 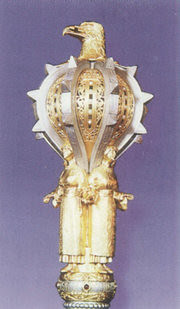 The head of the sceptre 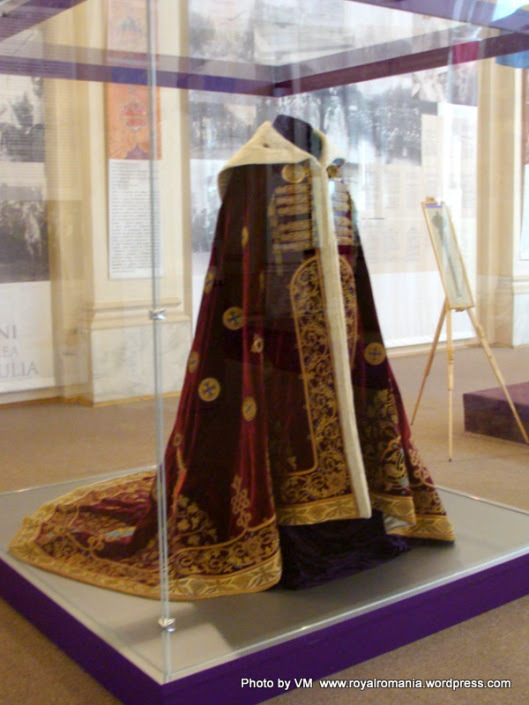 King Ferdinand’s Coronation Robe: of crimson velvet, embroidered with gold featuring emblems of the Romanian provinces and the royal coat of arms, trimmed with ermine. It was designed by Costin Petrescu. 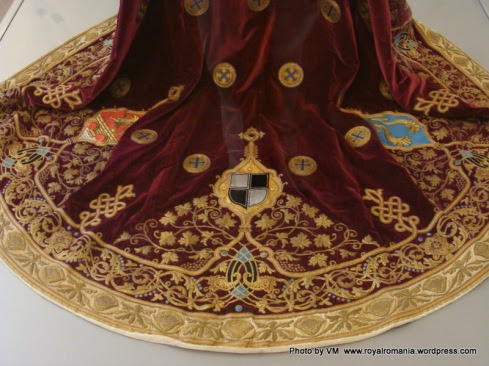 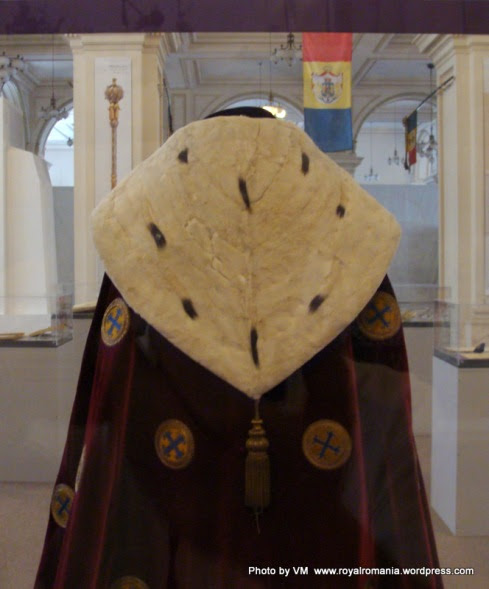 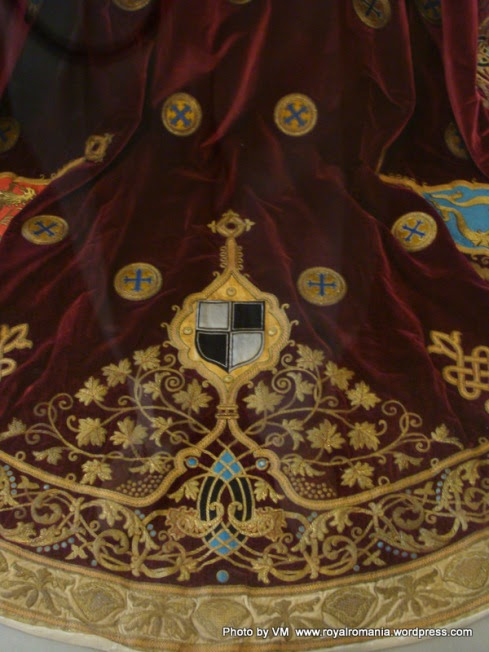 
For Queen Marie a new crown was made,  and she did not wear that made for Queen Elisabeth and used in 1881, and similar in design to the Steel Crown: 
but rather used a new one, designed specially for her and reflecting Byzantine forms: Queen Marie's Crown made of Transylvanian gold and decorated with rubies, emeralds, amythysts, turquoises and opals

The crown was made in Paris at the jewellers "Falize", after the drawings of the Romanian painter Costin Petrescu. His inspiration for the design was from the crown worn by Lady Elena - Despina (wife of Neagoe Basarab, ruler of Wallachia between 1512 and 1521, daughter of the Serbian despot Jovan Brankovic) on the votive painting of the bishopric church in Curtea de Argeş. From the artistic point of view, the crown belongs to the Art Nouveau style. The pendants bear the arms of the Queen, including her paternal arms derived from Prince Alfred Duke of Edinburgh, Queen Victoria's second son.

There is m﻿ore about the Coronation anniversary and a slide show of pictures of the King's mantle at the Royal Romania blog.