This afternoon I gave a guided tour of Victorian Oxford to a group of American students who had been attending a course on Victorian novels at Rewley House, the Oxford University centre for Further Education.

I began by pointing out the vast changes in Oxford between 1837 and 1901 - more far reaching I think than those in the present Queen's reign - and that this was a time of constantly shifting ideas and of the rapid expansion of the city from what  were in the 1830s little more than its medieval limits.
I also stressed three themes - the reform, or re-forming of the University, its curriculum and buildings, especially from the 1850s, secondly the impact of the Oxford Movement in its successive phases and thirdly the contemporaneous nineteenth century debate on Science and Religion and, sometimes, the loss of Faith.
We began outside Rewley House and I outlined the physical and public health problems of the city and the work of men such as Sir Henry Acland in combatting diseases such as cholera in a community living on the banks of a series of what were then polluted streams. I outlined the development of Jericho around the University Printing House as an industrial suburb, and the change in style from the small Greek temple-like church of St Paul in the 1830s to the splendours of the church of St Barnabas  built in 1869 under the patronage of Thomas Coombes the University Printer - a man influenced by the Oxford Movement and concerned for the spiritual welfare of his employees.

The interior of St Barnabas

I indicated the St Thomas area, about which I did research for my history of rish in 2003. This was a slum parish, the home of the canal and from 1850 the railway, and replete with the social evils Victiorian social reformers toiled to remove or alleviate - drunkeness, violence, prostitution and bad housing. I poined out the part played in seeking to both clean up the area and in raising its spiritual life by the great Thomas Chamberlain, the TractarianVicar of St Thomas from 1842-92.

We then walked into the centre of the city, noting on the way the Ashmolean Museum of 1845, the riposte to the Oxford Movement of the Martyrs Memorial of 1841 and the station or seaside hotel style of the Randolph Hotel of 1864-66 - indicative of changing tastes and fashions.

From there we went to look at the Oxford Union, founded in rooms rented as and when needed in 1823 but which moved to the present site and built there in 1858, with a new Debating Chamber in 1878, and produced an increasing number of major political figures, including Gladstone and Salisbury as Prime Ministers. The decoration of the old Library - the original Debating Chamber on the site - by William Morris and other Pre-Raphaelites marks another aspect of Victorian culture.

Exeter College is the ideal example of an ancient college extended and partly rebuilt in the Victorian period, and most notably the spectacular chapel by George Gilbert Scott of 1854-60. 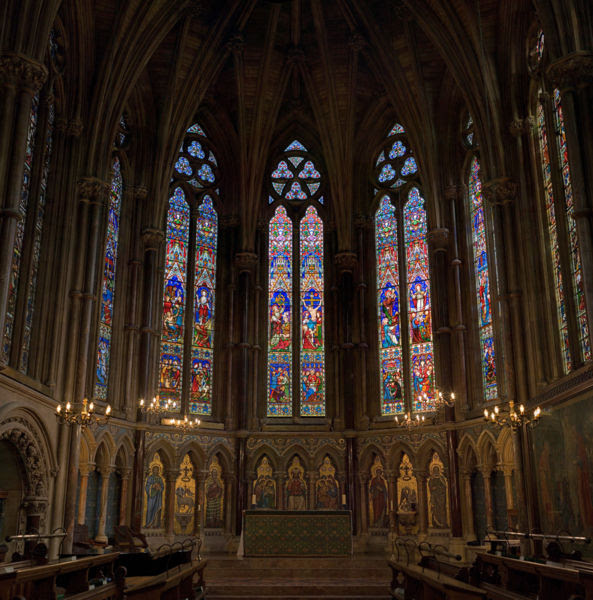 The interior of Exeter College Chapel

Taking in  on the way the buildings of the old Indian Institute and Rhodes House - evoking the place of the late Victorian University in the service of Empire - we then looked at the University Museum  of 1860.
Not only is is superb example of Victorian architecture by Deane and Woodward but it is in its very inspiration and essence an image of Victorian engineering, scientific enquiry and education. It adjoins what has developed as the University's science area. 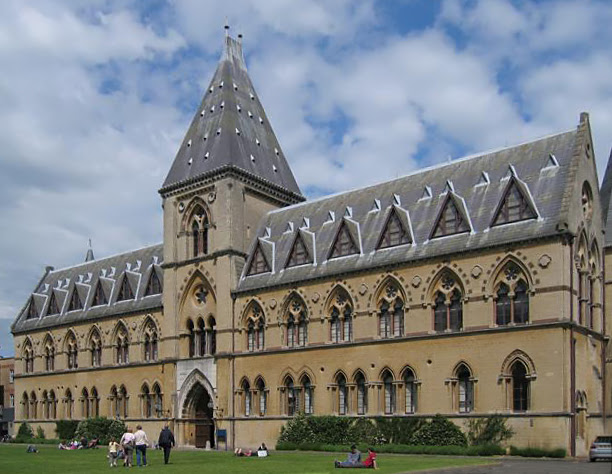 It was the setting for one of the most famous occasions in the mid-century debate on Science and Religion in the very yar it opened with the meeting of the British Association and the debate betwwen Bishop Samuel Wilberforce and T.H.Huxley. However as the link about the 1860 Oxford evolution debate points out at the time the event was more nuanced and indeed friendly - a classically Oxford occasion - than later myths might suggest. 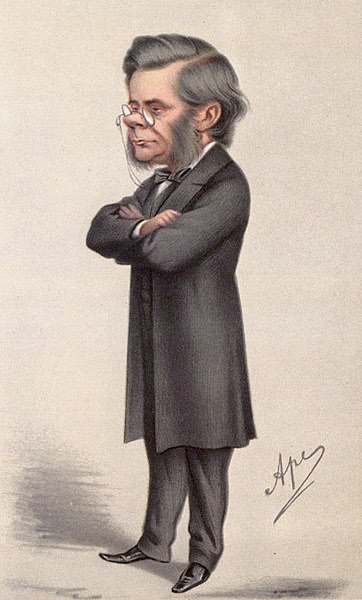 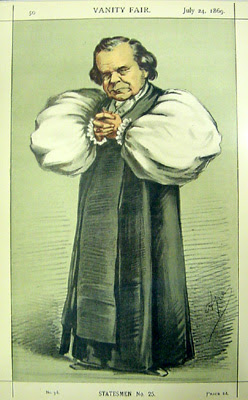 Our penultimate stop was Keble College, founded in 1870 to commemorate John Keble and too serve as a training ground for Tractarianism. The buildings by William Butterfield, completed in 1876, capture the grandeur of the founders vision, with a Hall longer than that of Christ Church, the spectacular chapel and the way in which the traditional collge plan was adapted to modern equirements - thus Keble has corridors rather than staircases - and all carried out in brick with stone reserved for the details. 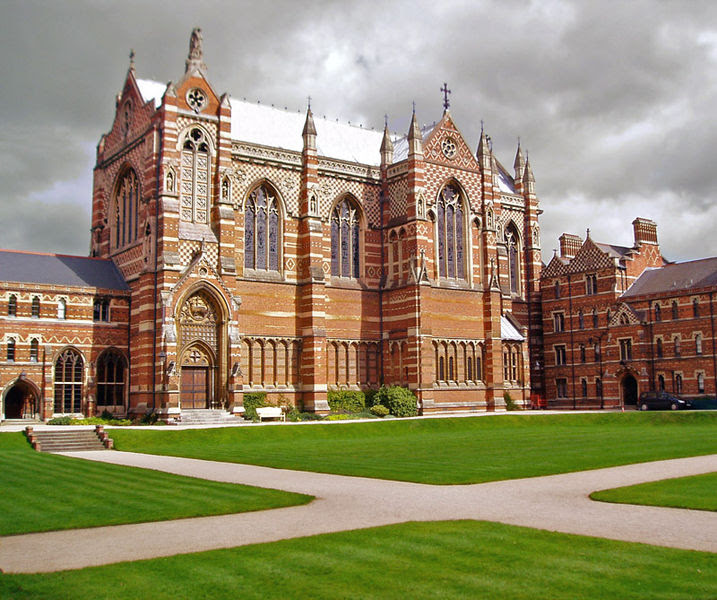 Our final stop was at an hotel in North Oxford, one of the handsome villas built in the second half of the nineteenth century for academics who were now free to marry and have a family whilst serving as Fellows, and the opportunity to sample another Victorian invention - afternoon tea.

Thank you for sharing this college info . I was looking for some good colleges. Good job.