I think I cannot, as a historian of the period, let the anniversary of the battle of Agincourt pass without some comment 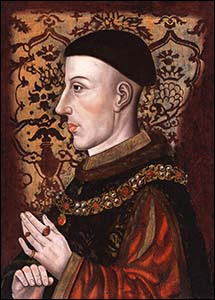 Although in the long term - though what that term ever means is open for discussion - one can say it achieved little by comparison with Hastings or Bouvines, Blenheim or perhaps Waterloo, in its owm time it had a seemingly seismic impact. The English appear to have been dazed by what they had achieved, just as the Frebch gradually realized just how significant was their defeat. Internationally it transformed the english position in Europe, notably at the Council of Constance, whither went Richard Fleming about a year later.

King Henry V's victories in 1415, from 1417 -20, the Treaty of Troyes of 1420 and the victory of his brother John Duke of Bedford at Verneuil in 1424 changed the international political outlook for a generation. Moreover, and despite what historians of the sixteenth century might try to tell you, not until 1704, 280 year later, at Blenheim, did English arms win a major land victory on the continent.

Indeed not since Najera in 1367 had there been a significant land victory, so the celebrations which greeted King Henry in London in November 1415 are not surprising. Moreover it appear that from the time that the news reached London of Agincourt the battle entered the national conciousness. Almost two centuries later Shapkespeare created the defining image and words, but he was dealing with what was already part of the national identity.
Posted by Once I Was A Clever Boy at 17:03