As well as the Forty Hours last weekend there was the Latin Mass Society's annual pilgrimage in honour of the Oxford martyrs, notably those who suffered in the city in 1589 and 1610.

Solemn High Mass was celebrated at Blackfriars by Fr Thomas Crean O.P., and the Archbishop of Birmingham sat in choir and he also preached.

Earlier in the week I had been asked to be thurifer; this was the first time I hasd served Mass at Blackfriars, though I had helped with Benediction there at last year's pilgrimage. The sanctuary and choir is very spacious which makes serving easy, and also imparts a sense of additional dignity in the austere beauty of the church. The vestments laid out for use were a very handsome set, and as the celebrant, deacon and sub-deacon were all Dominicans they wore their apparelled amices up as they approached the altar.

There are two pages of photographs here from Joe Shaw's Flickr site.
I have selected two which show me - yes, it is vainglory I know - but do look at the others of the Mass and pilgrinage. 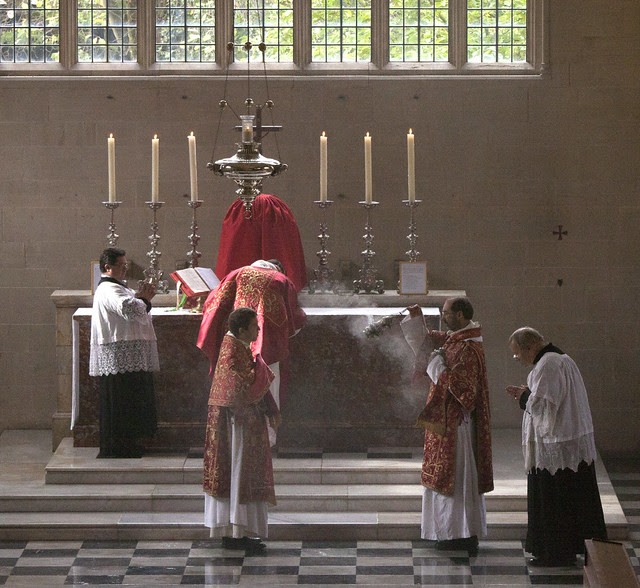 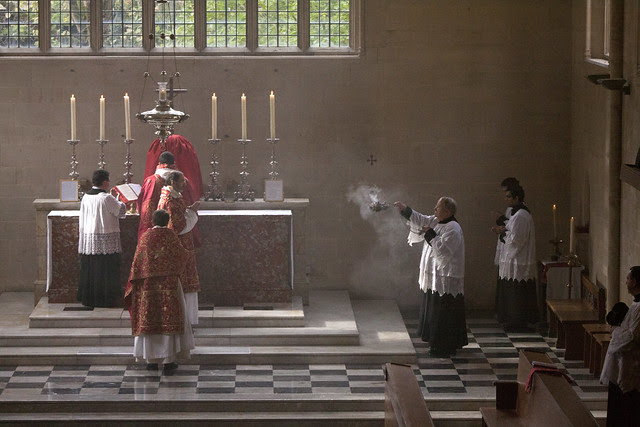 ...and here I am censing Fr Conrad

The photographs give a good idea of the elegant space that is Blackfriars church.

All of us in the Sacristry both before and after Mass, and when he left in the afternoon were struck by the friendly greetings we received as individuals from Archbishop Longley - a real expression of episcopal courtesy towards us. 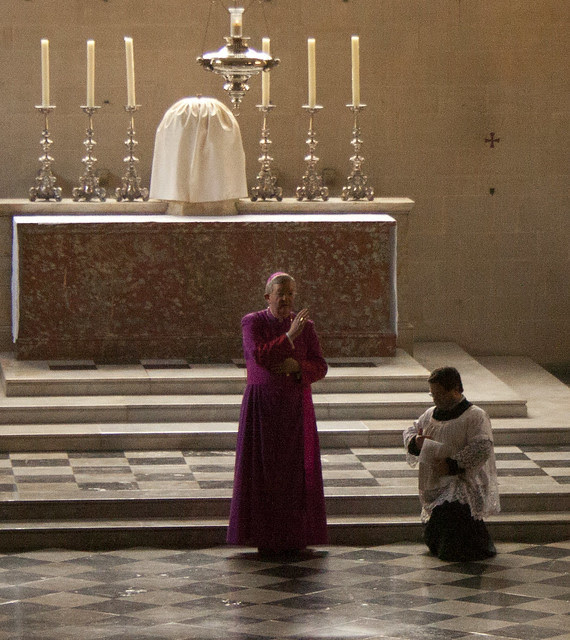 After lunch in the Aula of the friary we went in procession to Oxford castle where the Archbishop unveiled and blessed a plaque which commemorates Bl. George Napier who was martyred there in 1610. 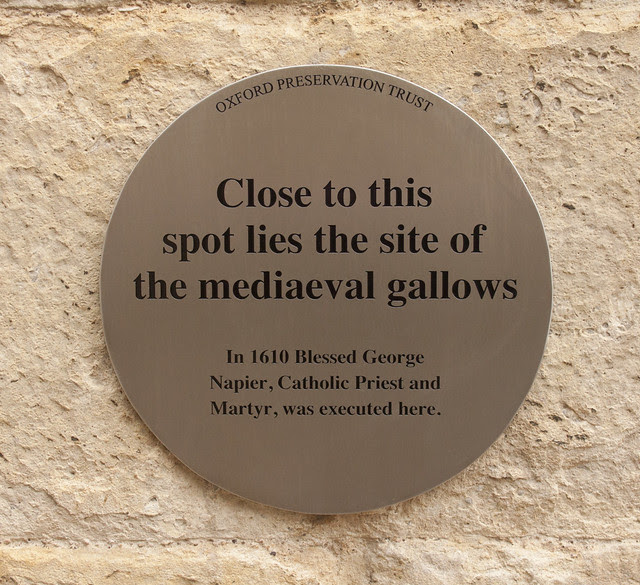 We then returned in procession to Blackfriars for Benediction - where I was again thurifer. 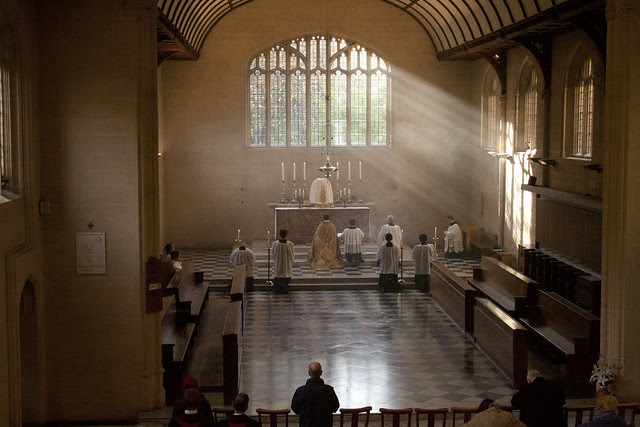