The Pope at the Birmingham Oratory

There are some excellent photographs of the Pope's visit to the Birmingham Oratory on the New Liturgical Movement. If you have not aleady seen them they can be found here. They are a fine record of what was clearly a joyful and historic visit.
I understand that the Oratory presented to the Pope a rosary which had belonged to Bl. John Henry. The gift delighted the Holy Father, who said it meant more to him than the other gifts he had received on his visit.

Bl John Henry Newman's room has been preserved intact since his death - it has not been tidied of the proliferation of photographs and other objects in the way that Queen Vistoria's apartments at Osborne House - fascinating as they are - have been.

Here is a photograph of Cardinal Newman at his desk in 1889: 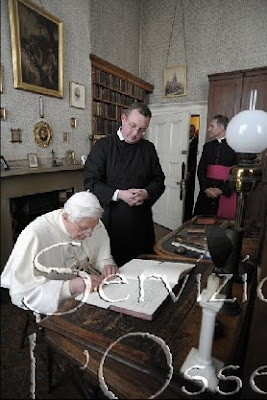 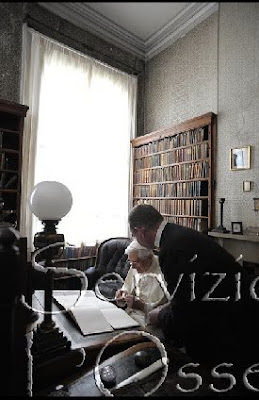