Last Saturday the Latin Mass Society held its annual Oxford Pilgrimage. This year it commemorated Bl.George Napier, or Napper, a local man, born in the city in 1550, who suffered martyrdom at Oxford Castle for being a priest on November 9th 1610. He was beatified in 1929. The account of his life from the 1913 Catholic Encyclopedia can be read at Ven. George Napper
We had a Solemn Mass in the traditional Dominican Rite celebrated in the church at Blackfriars. It was rather a pity that the numbers were not, I think, as good as in previous years for this rare occasion to see the Dominican liturgy being celebrated. This is a form of Mass with close similarities to the Use of Sarum, and certainly would have been celebrated in medieval English Dominican houses. I know some regular attenders had other commitments, but such an event should draw in new recruits if the ideals of the LMS are to be diffused more widely.

The Chairman of the LMS was not only organising and singing as part of the schola but was also busy photographing the Mass and the other events of the day. 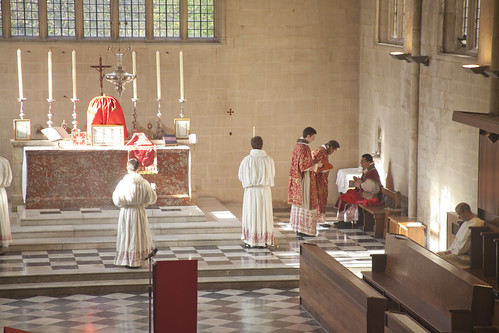 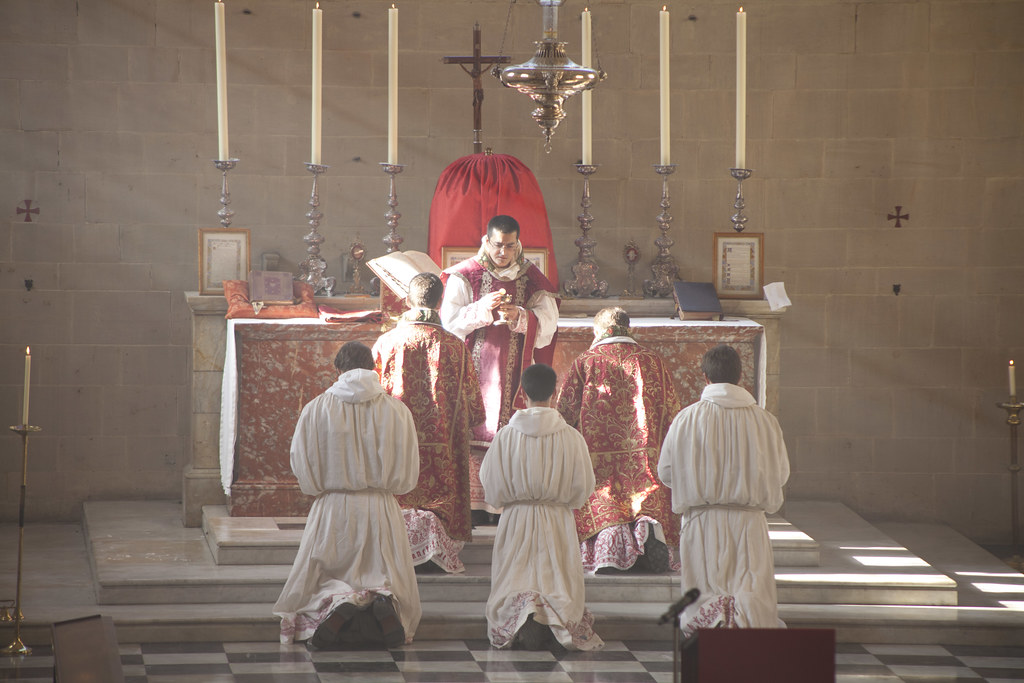 His complete set of pictures are available on Flickr at:

After a break for lunch we reassembled at Carfax with a processional cross, a statue of Our Lady of Walsingham and the Banner of the LMS to go to the remains of the castle and the site of Bl. George's imprisonment and martyrdom. As we went along through the Saturday afternoon shoppers we sang the Great Litany. At the plaque, itself unveiled on a previous Pilgrimage in 2010 by Archbishop Longley, marking the site of the martyrdom, we sang the Te Deum.


On the way back from the castle along Worcester Street (negotiating the roadworks as we went along) we sang Faith of Our Fathers and the Song of the English Zouaves ("Aniraa mia, anima mia, Ama Dio e tira via.") from the 1860s. As this is less well known I have retrieved the text from the Internet and will reproduce it:

Saint George and old England for ever!
Once more her sons arm for the fight,
With the cross on their breasts, to do battle
For God, Holy Church, and the right.
Twine your swords with the palm branch, brave comrades,
For as Pilgrims we march forth to-day ; —
Love God, O my soul, love Him only,
And then with light heart go thy way.

We come from the blue shores of England,
From the mountains of Scotia we come.
From the green, faithful island of Erin, —
Far, far, from our wild northern home.
Place Saint Andrew's red cross in your bonnets.
Saint Patrick's green shamrock display ; —
Love God, O my soul, love Him only.
And then with light heart go thy way.

Dishonour our swords shall not tarnish.
We draw them for Rome and the Pope ;
Victors still, whether living or dying.
For the Martyr's bright crown is our hope ;
If 'tis sweet for our country to perish.
Sweeter far for the cause of to-day ; —
Love God, my soul, love Him only.
And then with light heart go thy way.

Though the odds be against us, what matter ?
While God and Our Lady look down.
And the Saints of our country are near us.
And Angels are holding the crown.
March, march to the combat and fear not,
A light round our weapons will play ; —
Love God, O my soul, love Him only,
And then with light heart go thy way.

From Joseph Powell Two Years in the Pontifical Zouaves 1871

Note: I do not know why this speaks of St Andrew's cross as red - red for martyrdom of course, but the saltire is normally depicted white.

We sang the Litany of Loretto as we processed along Beaumont Street past the Ashmolean and so back to Blackfriars for Benediction. 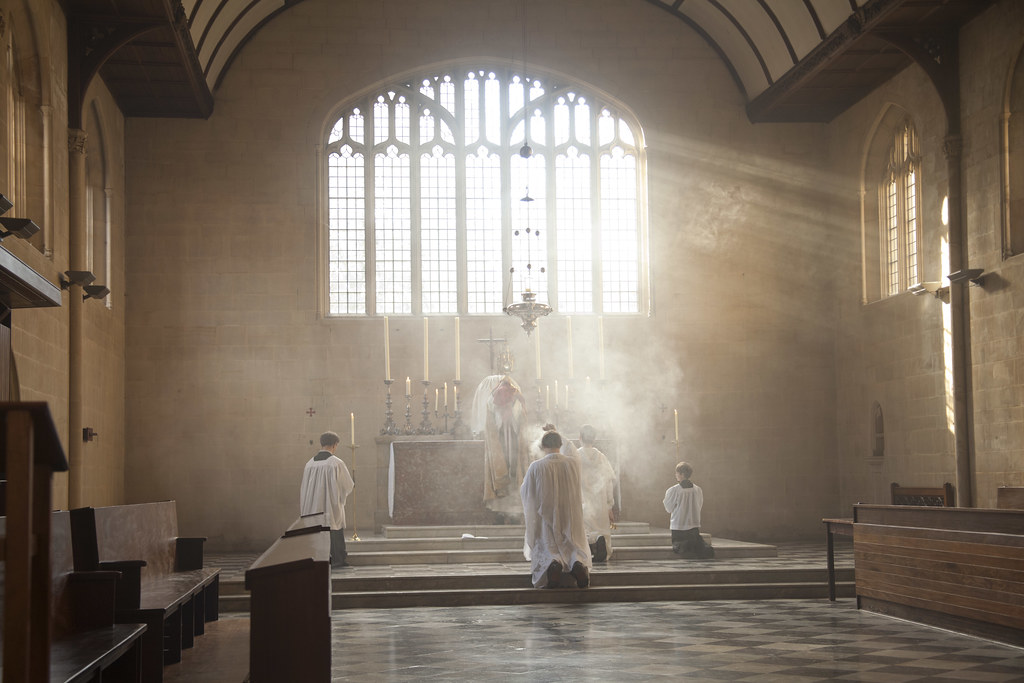