Today is the 599th anniversary of the battle of Agincourt, King Henry V's spectacular defeat of the French army in 1415.

I recently read Professor Anne Curry's excellent and authoritative book Agincourt: A New History - available in paperback from Tempus - and I would heartily recommend it to anyone interested in the campaign and the battle. 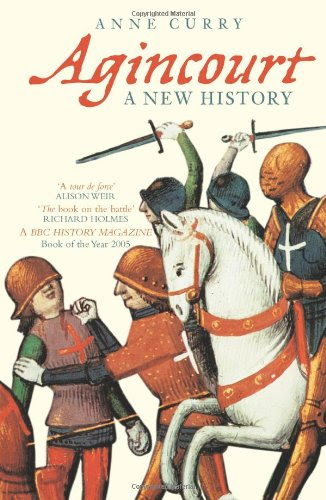 
Anne Curry brings out a whole range of details which have, I think, rather escaped earlier historians of the battle, and she writes with these in mind as well as considering the larger picture - not least the route taken by the English from Harfleur to the fateful confrontation at Agincourt.

The only criticism I would make is not of the author but of the publishers who provide many interesting  illustrations, but not of the best quality. This really is disappointing, given, for example, the care to show in photographs the landscape through which the army moved, yet for the images to be of low resolution, or relating to other themes, other stock images lacking the quality of other photo-agencies.

I shall no doubt have more to write about the battele and its context in the light of own interest in the period as we approach the 600th anniversary next year, but in the meantime Prof. Curry's book is a detailed and well researched read ideal for historians and armchair warriors alike.