King Luis I of Portugal

The Mad Monarchist blog often has postings which are biographies of monarchs,including some who are less well known. A recent one which can be read at King Luis I of Portugal, and it brings out the difficulties facing the monarchy by the later nineteenth century. King Luis emerges as awell intentioned ruler, but perhaps lacking the flair of his elder brother.

The article draws upon illustrative materail in the Portuguese edition of Wikipedia, and is a better account of the King and his reign than the English Wikipedia article. 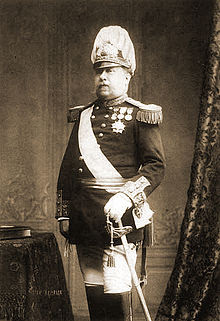 I posted about his elder brother and predecessor in King Pedro V, the Beloved