Today is the anniversary of the death at Ludlow Castle in 1502, 510 years ago, of Arthur Prince of Wales, the eldest son and heir of King Henry VII. 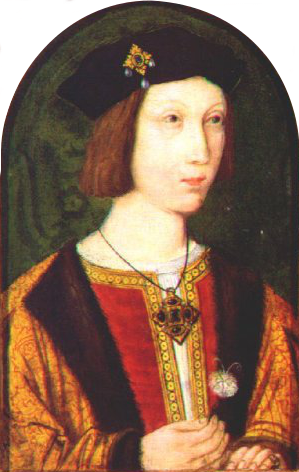 Image: Wikipedia from a private collection

Although the Prince, who was fifteen remains a somewhat anonymous figure, his death was to prove one of the most momentous or portentious in English history. As a result the succession passed to his brother, the future King Henry VIII, and even more significantly, led to that King's marriage to Arthur's widow, Catherine of Aragon.

There is an online life of the Prince here and the Oxford DNB life by Rosemary Horrox can be read here.
From his surviving portraits the Prince sometimes appears, like his younger brother, to have taken after his mother's family in his appearance and as an adult King Henry VIII looks to have resembled King Edward IV. However in thos portrait there is also a resemblance to King Henry VI: 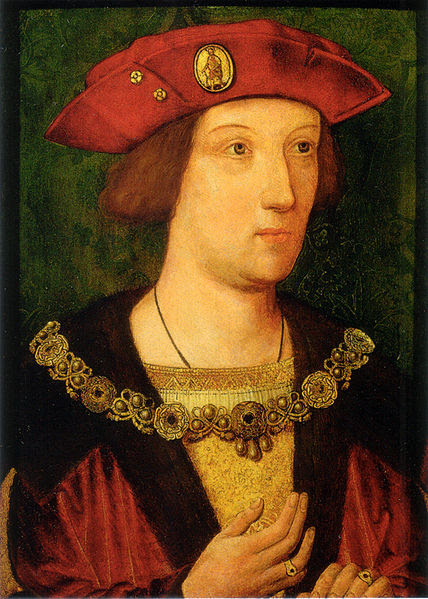 Image:Wikipedia from the Royal Collection

To stand in Prince Arthur's chantry at Worcester, its elegrant limestone gothic cage surrounding the plain marble tomb-chest, is to feel very close to events which changed this country, and indeed much of the world forever. Nothing sums up more quickly the impact of the changes that ensued than the mustilated figures, including St George, on the reredos of the chapel. Installed to elicit prayers for the Prince they were defaced under his nephew King Edward VI, and when his neice Queen Elizabeth I visited Worcester in 1575 they were plastered over and the blank wall decorated with a painting of the Royal arms. Not until the nineteenth century were the figures revealed in their battered state.

The interior of the Prince's chantry at Worcester cathedral

There is the mildly intriguing question, given the way that the choice of his name associated the Prince with King Arthur, and the bearing of arms attributed to Welsh and British rulers of the past at the Prince's funeral, as well as the general enthusiasm for all things Arthurian at the time, if he had lived and succeeded his father whether he would have been King Arthur I or King Arthur II.

An interesting thought! I think Kings of England are numbered from the Conquest. For example: St Edward the Confessor preceded Edward I.