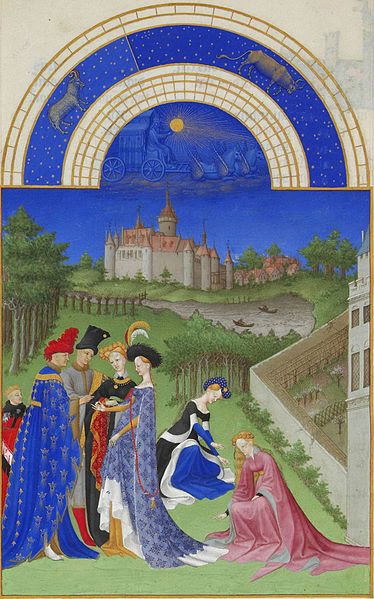 The April calendar page of the Très Riches Heures is attributed to Jean de Limbourg.

The scene depicts a bethrothal before two witnesses whilst two young women in attendance pick flowers. On the right is a walled garden or pleasance and in the background is the Château de Dourdan, which had been held by the Duke of Berry since 1385, and of which considerable portions remain. Romance and the spring clearly went together in the early fifteenth century mind. There is in its aristocratic rural idyll something we recognise in later artists and even in modern advertisements such as those for firms like Barbour.