Today is the millenium anniversary of the martyrdom at Greenwich by his Viking captors of St Alphege, Archbishop of Canterbury, in 1012. Probably known to his contemporaries as Ælfheah ( Ælfhēah, "elf-high") and also called Elphege, Alfege, or Godwine, he was, in modern terms, the victim of hostage taking, and has the slightly dubious distinction of being the first Archbishop of Canterbury to died a violent death - four others have followed him. His cult today is perhaps not what it was in the century and more following his death, but there appears to have been considerable interest in commemorating him this year.

The Oxford DNB life of him by Henrietta Leyser can be read here and there is another online biography here.

There is another account of him from the Catholic church of Our Lady and St Alphege in Bath here. That church is dedicated to him to recall his time as abbot of Bath before he received episcopal orders. The church is marking the anniversary with a Mass celebrated by ther Bishop of Clifton. It is the work of Sir Giles Gilbert Scott, and was begun in 1927, and the main part completed by 1929, and finally finished in 1960 - and was one of the architects own favourite works.

Our Lady and St Alphege Bath

Image: Our Lady and St Alphege/LMS

The church website is here, and there is a fine set of photographs of what appears to be avery fine church from the BBC Bristol website here.

Amongst older churches dedicated to him probably the best known is that in Greenwich, traditionally said to be on the site of his martyrdom. The medieval church collapsed in 1710, and was peplaced between 1712 and 1714 by the present church, designed by Nicholas Hawksmoor; it was consecrated in 1718. 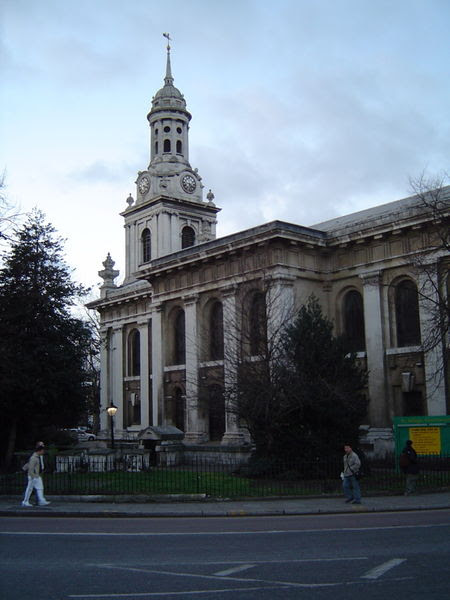 Amongst the other churches under his patronage are several in Kent, including one in Canterbury itself, which was declared redundant in 1982, and about which there is a comprehensive illustrated website here.

Further afield from his home area and the south-east there is the handsome medieval church of Solihull in the greater Birmingham area. There is an article about it here. There is a detailed guide to the church available online here. Probably its most famous incumbent was John Feckenham, the former monk of Evesham who went on to become the Marian Abbot of Westminster in the 1550s. 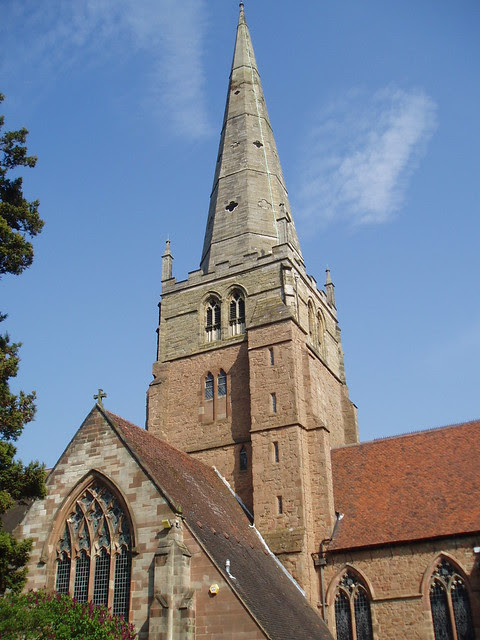 St Alphege's in Solihull is a large cruciform building dating mainly from the late 13th and early 14th centuries. The chancel has the church's most unusual feature in the two-storied St Alphege Chapel, the chapel itself being upstairs with a vaulted crypt below.

A mutual friend of ours recently had his daughter Christened at the Church in Greenwich.