St George and the Dragon


When thinking which image to post to mark St George' day, and to celebrate the idea of the Christian so conformed to Christ that he Christian so conformed to Christ that he beats down evil in the flesh, it occurred to me to use the spectacular statue of St George and the Dragon in the Storkyran in Stockholm, which is usually attributed to Bernt Notke, and dated to 1489. 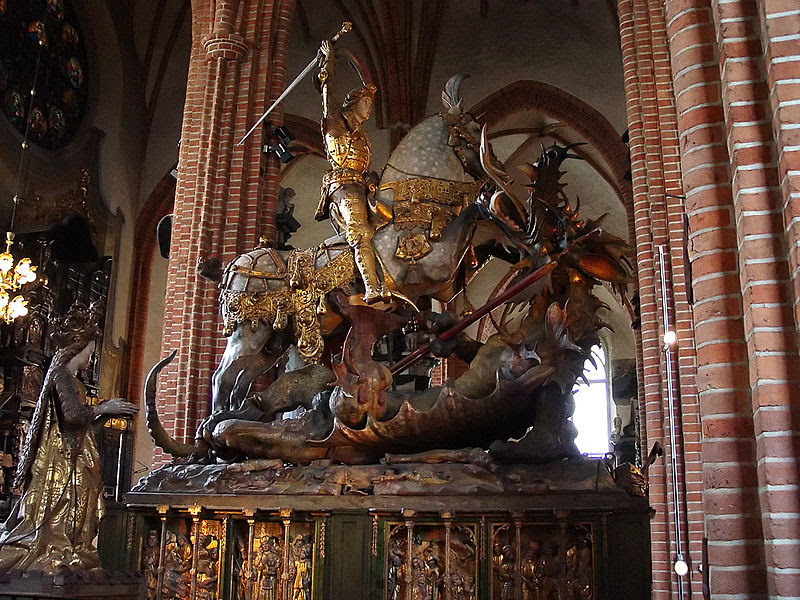 Sankt Nikolai kyrka (Church of St. Nicholas), most commonly known as The Storkyrkan (The Great Church), has been since 1942 the cathedral of the new diocese of Stockholm and is the oldest church in the old town of central Stockholm.
First recorded in 1279 it was for nearly four hundred years the only parish church in the city. Because of its convenient size and its proximity to the royal residence it has frequently been the site of major events in Swedish history, such as coronations, royal weddings and royal funerals.


The most famous of its treasures is the dramatic wooden statue of St George and the Dragon attributed to Notke. It is said to have been commissioned to commemorate the Battle of Brunkeberg (1471), and also serves as a reliquary containing relics supposedly of  St George and two other saints.


There is more about the history of the statue, including alternative ideas as to its inspiration and creation in a series of linked pages which can be viewed from here and questions many modern explanations of the statue 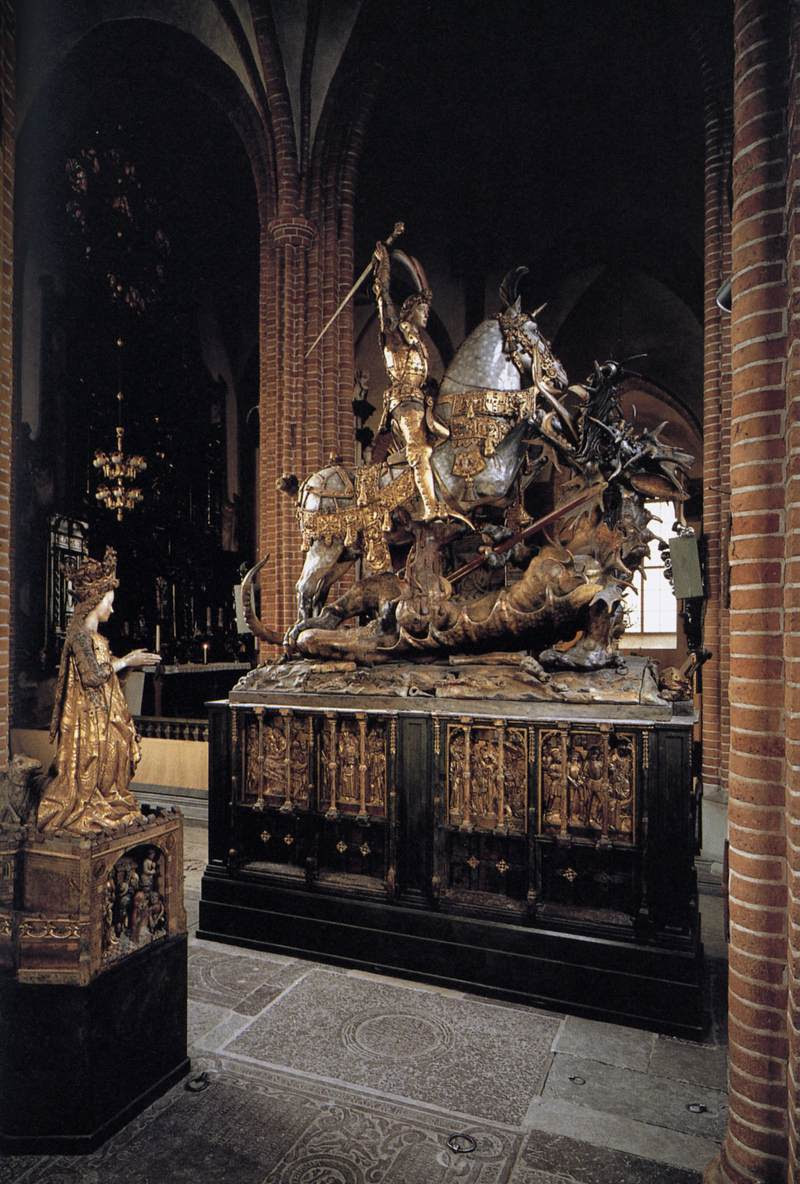 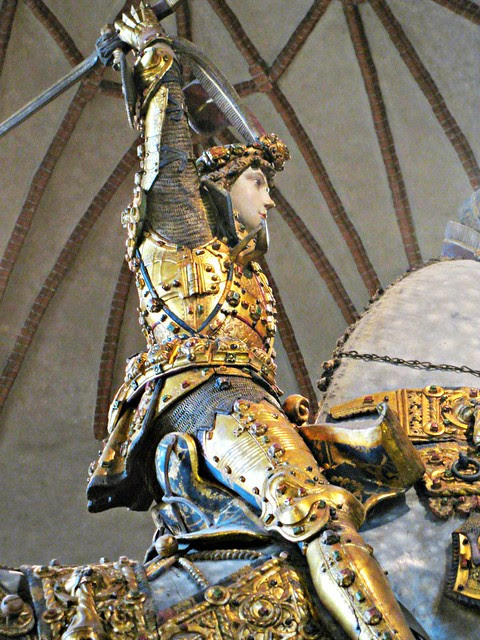