The New Liturgical Movement has recently had two photographs of surviving medieval conical chasubles, both handsomely decorated with royal heraldry. There is this spectacular example from Spain: 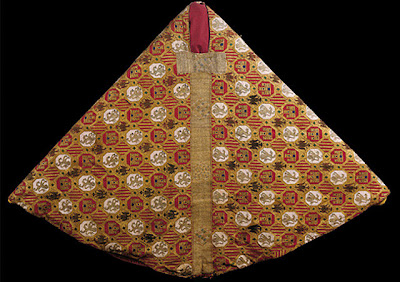 and from fourteenth century France there is this example from the church at Brienon: 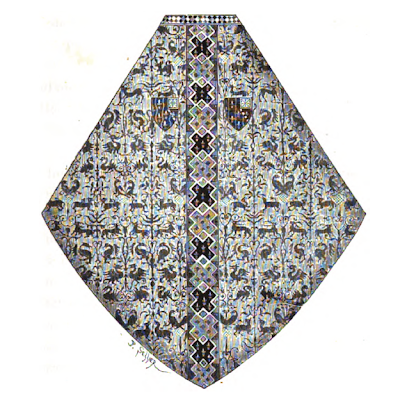 I posted about Queen Blanche in my post The library of a fourteenth century Queen of France in September last year.

Fr Blake has some observations about this form of the vestment in his post Conical Chasubles.