Were today not a Sunday it could be observed as the feast of St Edward the Martyr, the young King murdered, apparently with the connivance of his step-mother, at Corfe in Dorset on this day in 978. 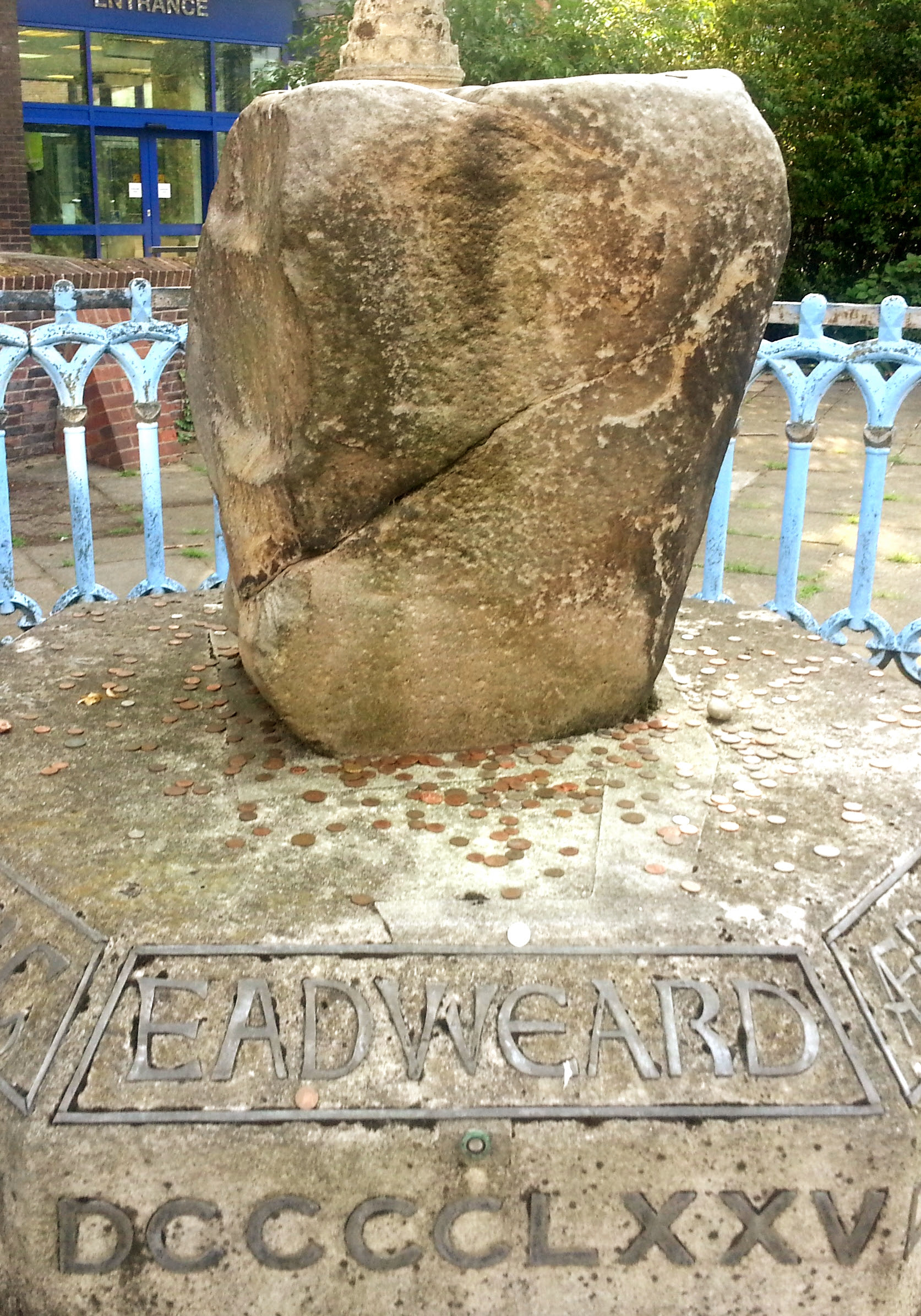 A modern Orthodox icon of St Edward the Martyr


As a royal, youthful victim of an assassin his cult developed rapidly, and his shrine at Shaftsbury became a popular place of pilgrimage. The circumstances of his murder may well have helped weaken and undermine the authority of his younger half-brother and successor King Ethelred II, who himself presumably had no part in the crime.

There are online articles about the history and background to the life and death of King Edward, the second English King to bear that name, but one who, being pre-Conquest, has failed to enjoy the proper numerological placing as King Edward II, here, here and here.

The Oxford DNB life of King Edward by Cyril Hart can be read here and it provides a detailed analysis of the events that played out in his brief life and reign. Whatever the circumstances of these years, and Hart explores them as fully as is possible, Edward the Martyr's vindication lay in the hands of martyrologists and hagiographers, and they saw important issues in the events surrounding the murder at Corfe.

The violent death of the King and his subsequent veneration illustrate both the vulnerability of and also the sacrality of Kings in that period. A feud in the royal house could easily result in murder and the violent seizure of power, but the murder victim was likely to return as a Saint - and tenth-century saints could prove to be wreckers of vengeance, or at least attain posthumous vindication, esteem and devotion. This was all the more likely if their cause was identified with that of the Church. Thus did St Edward and so did St Wenceslaus in Bohemia, and rather like St Edmund of East Anglia in the preceeding century. In the eleventh century one can think of figures such as St Olav of Norway, St Cnut of Denmark and St Magnus of Orkney as being in the same tradition. Touching the Lord's Anointed had spiritual as well as temporal consequences.

St Edward's cult survived at Shaftesbury until the dissolution of the great nunnery there in 1539. What are beleived, with good reason, to be his relics were rediscovered in the twentieth century on the site of the abbey, and, as is outlined in the Wikipedia article linked to above, are now in the care of a Russian Orthodox community at Brookwood Cemetary in Surrey. Their website article about him is here, and there is another article from the Brookwood Cemetary Society here.

It was nineteenth century devotion to a St Edward remembered as a pious youth and patron of the Church that inspired Thomas Chamberlain, the great Victorian vicar of St Thomas' in Oxford, to place the one of his various attempts at establishing a school to actually survive and prosper, under his patronage. Thus St Edward's School in north Oxford, with its arms derived from those ascribed to the Anglo-Saxon kings and a badge of a dagger in a cup, perpetuates his memory.

One of my friends, who has imbibed the cult of St Edward, has been known to opine that the country has been going downhill ever since his murder - which may, or may not, be going a bit far, but it demonstrates the power of the idea of sacred authority in national life.


May St Edward pray for England.