The Mass of St Gregory


Today in the usus antiquior it is the feast of St Gregory the Great, and this evening I shall be attending the Solemn Mass in that form at SS Gregory and Augustine here in Oxford. Not only is it the patronal feast of the parish but also marks the centenary of the building of the church.

That put me in mind of the Mass of St Gregory, the story of how a woman who did not believe in the Real Presence was led to belief by a vision at Mass celebrated by Pope St Gregory. This was a popular subject with artists in the middle ages and a teaching aid as to the doctrine of Transubstantiation and devotion to the Eucharist. Something of the origins and development of the story can be read here.

The artistic representations of the story have another benefit - they are a splendid record of liturgical practice in past centuries. In other words an excuse to talk about liturgy and vestments... 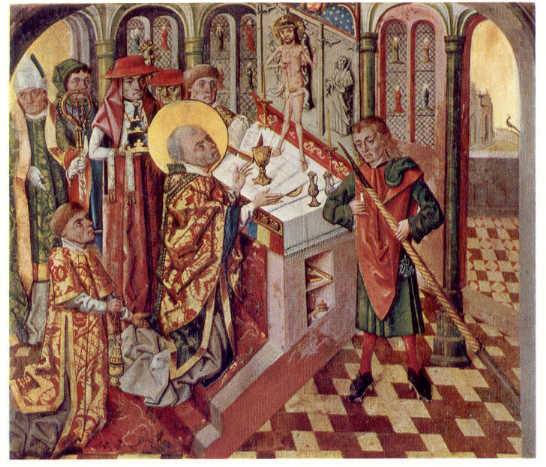 The Mass of St Gregory by Bernt Notke (c1435-1508/9)
Aarhus Cathedral (Århus Domkirke)
A more spectacular example of the subject which has been attributed to Notke, but which can, alas, no longer be viewed other than in old photographs, can be seen here: 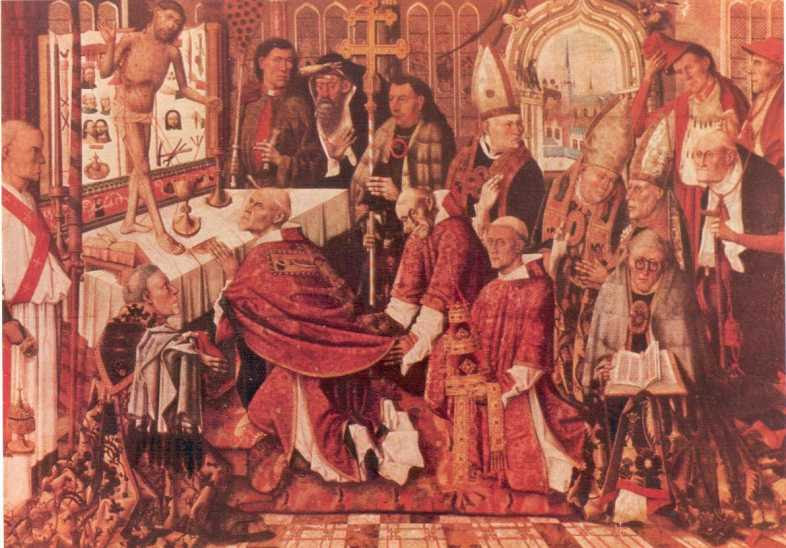 Image:dodedans.com
There is something about Bernt Notke and his work here. There is an illustrated website here which discusses the links between the surviving works known to be by him or attributed to him, and which has larger version of the Lübeck painting.