The Shroud of Turin


Yesterday's Daily Telegraph had an exclusive interview with the author and extract from the latest book on the Shroud of Turin. Thomas de Wesselow's The Sign is the work of a Cambridge art historian and is just about to hit the bookshelves in time for Easter. The article in the Telegraph, with links, can be read here.

The speculation about the Holy Shroud is endless, and it is a remarkably inviting topic for the faithful, and not a few sceptics, to think and write about. From all I have read and seen on programmes I accept it as what it appears to be - to do otherwise seems very difficult. The carbon-dating which assigned it to the thirteenth century has been disputed so effectively that one should not worry about that. If it is a forgery, then it is still one of the most remarkable objects in the world, as no-one can explain how it was created with the technical skills available.

Of course, if it really is what it purports to be (and what is absolute proof to satisy everybody?) then it is even more remarkable. As I wrote above I have no problems believing that. The problem then is what does that mean for me or for others, because if in the modern age we do indeed have a proof of the unique and supernatural truth of the Resurrection over and beyond the call to faith, well we really do have to sit up and pay attention. A lot of attention. This is life-changing.This is serious. Really serious. The face on the Shroud
Image:liturgy.co.nz
Which brings me back to Thomas de Wesselow and his book. As reported in the article he is fully convinced of the authenticity of the Shroud of Turin as the Shroud of Christ. He apparently follows Ian Wilson's excellent books on the topic, and is unafraid to commit himself to belief in the first century origin of the relic and that it is the burial cloth of Jesus.

Then, however, he seems to lose his nerve - the Resurrection appearances are not for de Wesselow what they are reported to be, in the Gospels, but rather the awed response of the Apostolic community to the Shroud itself - and presumably the Shroud did not eat broiled fish, walk on the road to Emmaus or appear on the Galilean shoreline. First century people were, he considers, so unused to images and so struck by the cloth that they projected physical resurrection onto an artifact. All this eighteen hundred and more years before the 1898 photographs revealed the details with which we, today, are so familiar.

His view seems to me considerably less credible than accepting that the seemingly impossible has indeed happened and betrays a modern sensibility that lacks sense. It may well be an interesting book, and positive about the Holy Shroud, but it appear to leave the central question not unanswered so much as unaddressed.

One cannot argue others into belief by using the evidence for the Shroud as "proof" - that is not how God or how faith works. We can never be 100% certain that this is the burial cloth of Jesus of Nazareth, however much we genuinely and seriously believe this is what the Turin relic is - there is always the possibility that someone else died a similar death (?) , that their burial cloth was reverently preserved (?) or that someone else, somehow - but we don't yet have any idea of how - impressed the outline of their body on a piece of linen (?) - but we may believe, we can believe, and probably we should believe, that this piece of fabric links us to those unparalleled events recorded in the writings of contemporaries or near contemporaries. 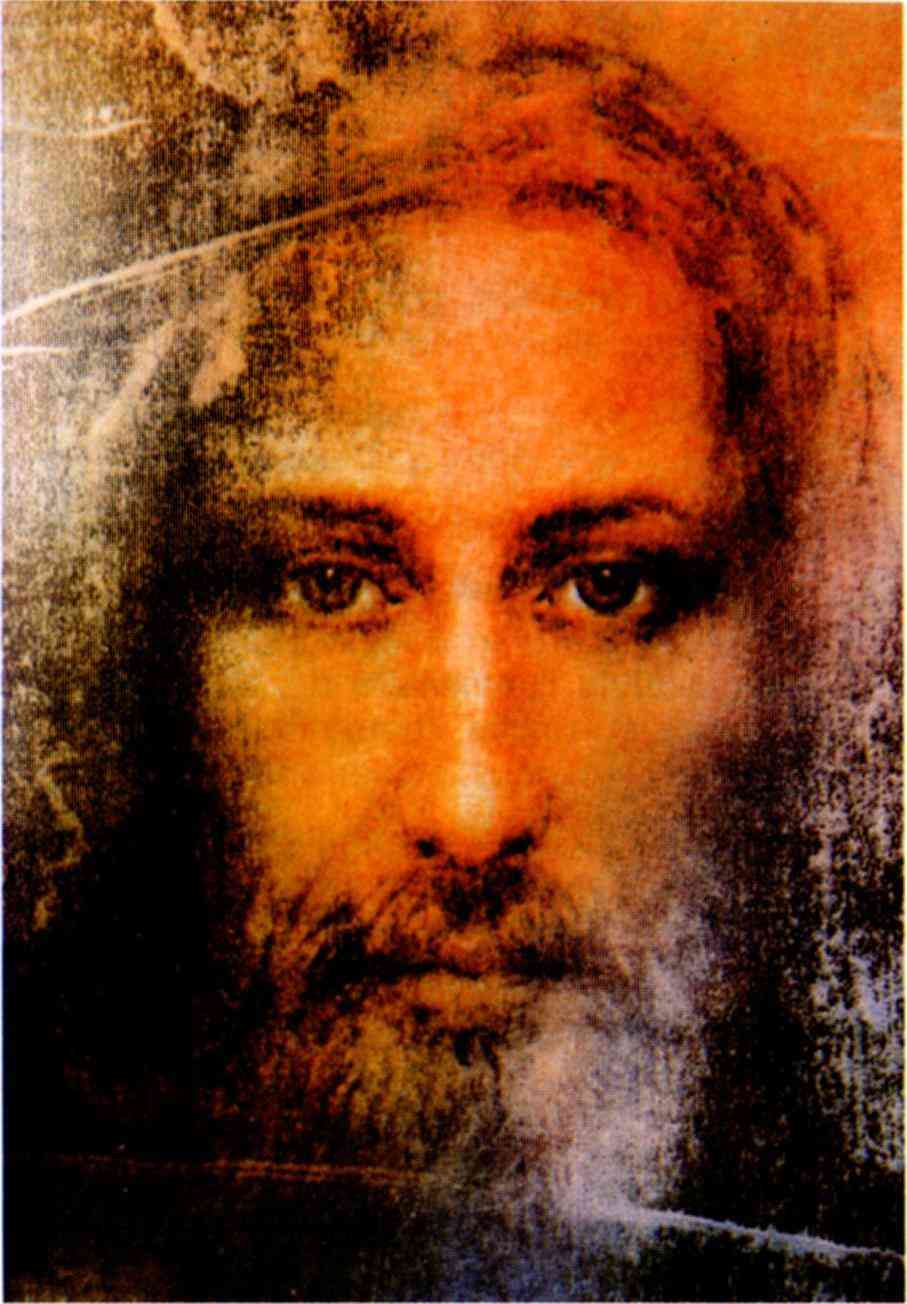 An artist's reconstruction of the face on the Shroud

I burst out laughing when I got to the bit of the Telegraph piece describing Wesselow's take on the Resurrection. Bonkers.

My husband and I were spellbound by this post!
We very much like your approach (to the subject) and wanted to say thank you for sharing not only your thoughts but also your faith!
As always, outstanding post!
Blessings,

I note that you believe that the Carbon-14 dating has been overthrown, but the only real challenge came from one Raymond Rogers . The crucial point is where did he get his sample from and how does this compare to the sample taken for testing by the three radio-carbon laboratories. I think it is clear from their own reports that Roger's sample cannot be taken as valid enough to over throw the carbon-14 testing.
Compare these two accounts.
1) From the Nature Report, February 1989 – a report signed by 21 individuals including six who were recorded as being at the selection.

‘The sampling of the shroud took place in the Sacristy at Turin Cathedral on the morning of 21 April 1988. Among those present when the sample as cut from the shroud were Cardinal Anastasio Ballestrero (Archbishop of Turin), Professor L. Gonella (Department of Physics, Turin Polytechnic and the Archbishop's scientific adviser), two textile experts (Professor F. Testore of Department of Materials Science, Turin Polytechnic and G. Vial of Musée des Tissues and Centre International d'Étude des Textiles Anciens in Lyon), Dr M. S. Tite of the British Museum, representatives of the three radiocarbon-dating laboratories (Professor P. E. Damon, Professor D. J. Donahue, Professor E. T. Hall, Dr R. E. M. Hedges and Professor W. Woelfli) and G. Riggi, who removed the sample from the shroud.
The strip came from a single site on the main body of the shroud away from any patches or charred areas. Three samples, each ~50 mg in weight, were prepared from this strip….. All these operations, except for the wrapping of the samples in foil and their placing in containers, were fully documented by video film and photography.’

In view of the numbers present, this selection would seem to be a valid process. Note that Luigi Gonella was present but there is no record that he was involved in cutting the Shroud.

And this from Raymond Rogers’ report in Thermochimica Acta (2005).

‘On 12 December 2003, I received samples of both warp and weft threads that Prof. Luigi Gonella had taken from the radiocarbon sample before it was distributed for dating. Gonella reported that he excised the threads from the center of the radiocarbon sample.’
Note that the date he received these samples, the removal of which is not recorded in the original selection process, is over fifteen years later. When did Gonella take them from the sample? Did anyone see him doing so? Where had the fibres been since then, held under what conditions?

So let’s not cast aspersion on anyone, let’s just say that the procedures by which the fibres arrived at the radio-carbon laboratories and Raymond Rogers’ laboratory fifteen years later were significantly different!