Last Monday I went to the Solemn Mass at SS Gregory and Augustine here in Oxford which was for their principal patron Pope St Gregory the Great's feast day in the usus antiquior. This year is the centenary of the building of the church and the Mass was very much a thanksgiving for the last hundred years and a commitment to the future. I have been waiting for photographs (and time) to write about the event, and now, thanks to the LMS Chairman's blog and a few more spare minutes, I can do so. 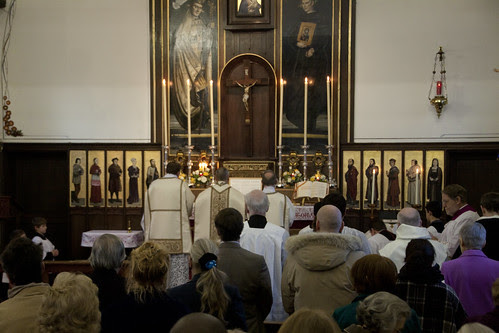 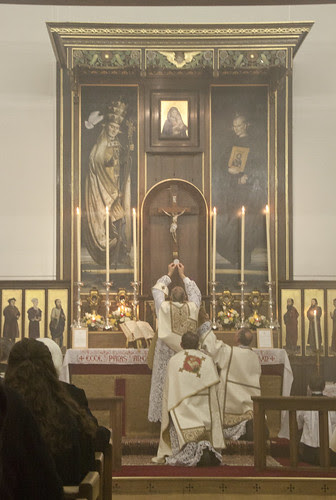 The church was founded a few years before the re-establishment of the parochial system (in 1918), as a 'mission church', thanks to the efforts of a convert philanthropist Charles Robertson, and was the first church in Oxford to be looked after by the secular clergy. Up to that time Catholic ministry in Oxford lay with the Jesuits, who had run the local mission since the seventeenth century, and they had been joined by the Capuchin Fransciscans and the Benedictines. 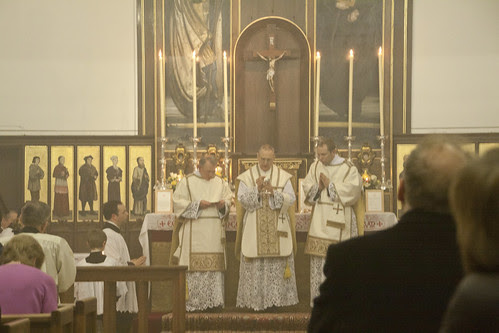 The church was packed with more than a hundred people in the congregation, and with another twenty in the choir loft. This was a choir of boys from the Oratory School near Reading, who accompanied the Mass. Their predecessors had sung on the same feast in 1941, and now, seventy one years later, the same programme was sung.
In choir there were local secular clergy, representitives of the Dominicans and Carmelites and of the Ordinariate. The celebrant was Fr Saward, the parish priest, the deacon Fr Antony Conlon and the sub-deacon Fr David Elliott, both from the Oratory School - Fr Conlon is Chaplain and Fr Elliott Head of Theology and priest of the Reading Ordinariate Group. 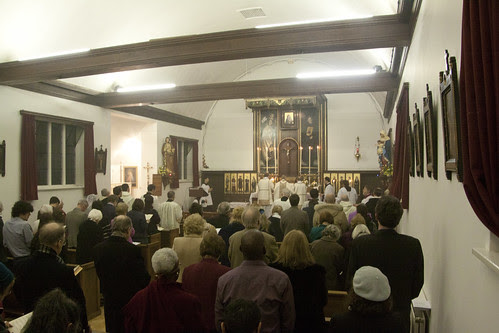 Fr Richard Duffield of the Oxford Oratory, who has served as parish priest at the church, preached a very elegant sermon about the building of the church, interwound with images from Gerard Manley Hopkins and also speaking of the role of St Gregory as the inspiration of the mission to convert the Angles and the Saxons to Christianity and to adhere to the Rock of Peter. The text of his sermon can be read here.

There are more photographs from Dr Shaw here.

Following the Mass there was a splendid buffet - always important on the occasions - the opportunity to meet up with friends both old and new, and, led by Fr Saward, to drink to the health of the Holy Father, the successor of St Gregory.