Mass in the Pentecost Octave

Last Thursday I served as thurifer at an Extraordinary Form High Mass for the Octave of Pentecost at St Antony's in Headington. I have adapted these pictures from Joe Shaw's LMS Chairman's blog.
The Mass was to celebrate the fiftieth anniversary of the church in the days following its patronal feast. The celebrant was Fr Aldo Tapparo the parish priest assistedby Br Nicholas Edmunds-Smith CO as deacon, who also preached on the life of St Antony as one led by the Holy Spirit, and Fr Anton Webb CO as sub-deacon, from the Oxford Oratory. The vestments, which are believed to be late nineteenth century southern French in origin, were lent for the occasion by the Oratory. The chant was provided by the Schola Abelis.
After the Mass there was benediction with relic of St Antony and a generous buffet for all involved and it proved to be a genuinely happy occasion.
Fr Aldo has recently completed the redecoration of the church. One feature of this was the installation of the sanctuary lamp. It is late nineteenth century German work. I was delighted to see this in place as I discovered it, along with another one, in the Oxford Fleamarket in 2002 and rescued them - both had been converted into electric hall lights. I purchased them and carried them off in triumph - who else finds two old brass sanctuary lamps on two seperate stall in the same antiques market on the same day? When I was at St Thomas' I used to leend this one to hang in front of the crib at Christmas. After I was received at the Oratory I gave them to the church, and, with my ready approval, the Fathers passed this one on to Fr Aldo and his church. 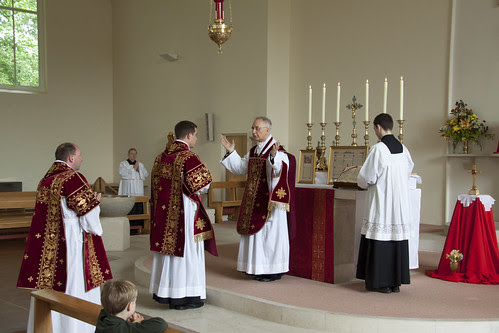 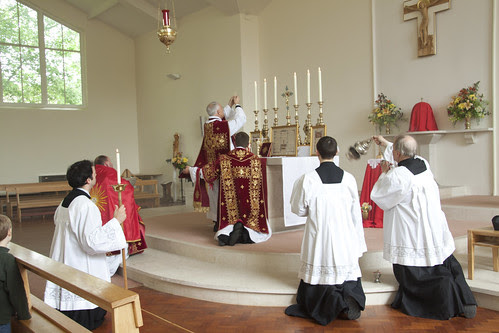 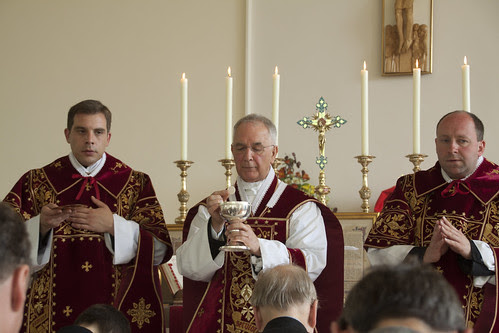 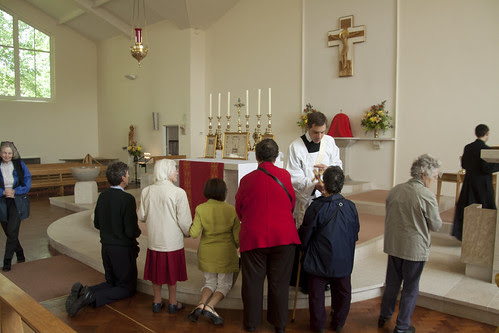 There are more photos here.

That's great about the sacturary lamp, I didn't know that!

Thanks for helping to serve as well. It was a wonderful occasion.