Today, being the feast of St Aloysius Gonzaga, is the patronal festival for the Oxford Oratory parish. 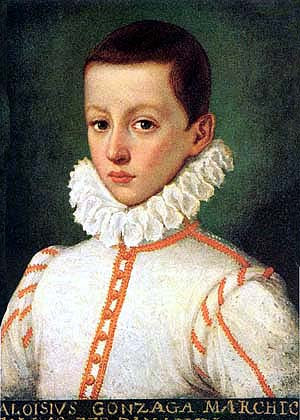 St Aloysius as a boy

St Aloysius (1568-1591) is not perhaps the easiest company amongst the saints. An aristocrat who renounced his inheritance to join the Jesuits, and who, having lived a life of mortification and penance dies as aresult of nursing plague victims at the age of 23 he can appear uncomfortably demanding. Much of the later artwork depicting him has a somewhat sickly quality which gets in the way of understanding him as a human being. The contemporary portraits suggest aclear sighted young man with the very considerable sense of purpose he demonstrated in life.

He stands somewhat in the same tradition as St Louis of Toulouse or the later fourteenth century Peter of Luxembourg, all of them noted for their royal or aristocratic background, life of mortification, service of the poor and the Church, and early deaths.


There is another account of his life and devotions to him here.

A year or two ago the preacher on St Aloysius day at the Oratory, Fr Brendan O'Callaghan SJ, the Master of Campion Hall, made the point that in order to understand St Aloysius and his choice of austerities it is important to realise that this came from his own self-knowledge of the temptations his birth and position offered. 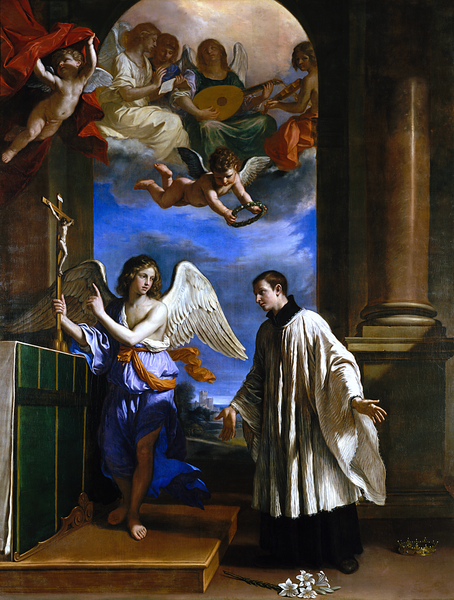 May St Aloysius pray for us all