In the tutorials I gave last term on women in sixteenth centuruy England the last non-royal personage I looked at was Bess of Hardwick(1527-1608), the remarkable self-made, or self-improving, Derbyshire woman who became the matriarch of the Cavendish family.

The Oxford DNB life of her is here, and there are other online lives here and here. 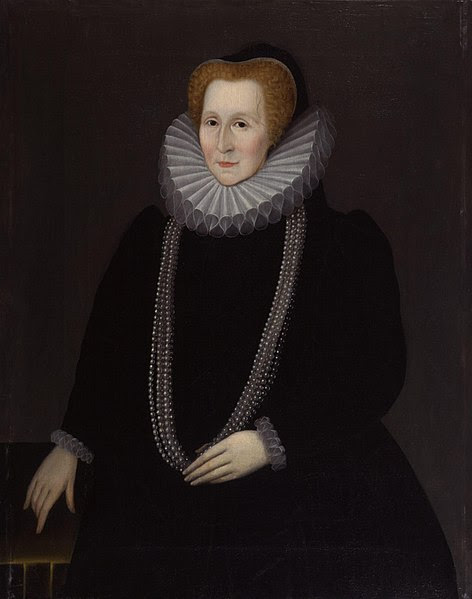 Her most famous creation is Hardwick Hall in Derbyshire, built for her in the years 1590-98.

Hardwick Hall.
The ruins at the right are the remains of Bess of Hardwick's previous house which served as a servent's wing until it was unroofed in the eighteenth century.

In preparing this post I was initially tempted to write of her in terms of being untypical, but in looking for the ODNB life I found that today their 'Life of the Day' was that of Lady Anne Clifford (1590-1676), which can be read here, and there is another online life here. 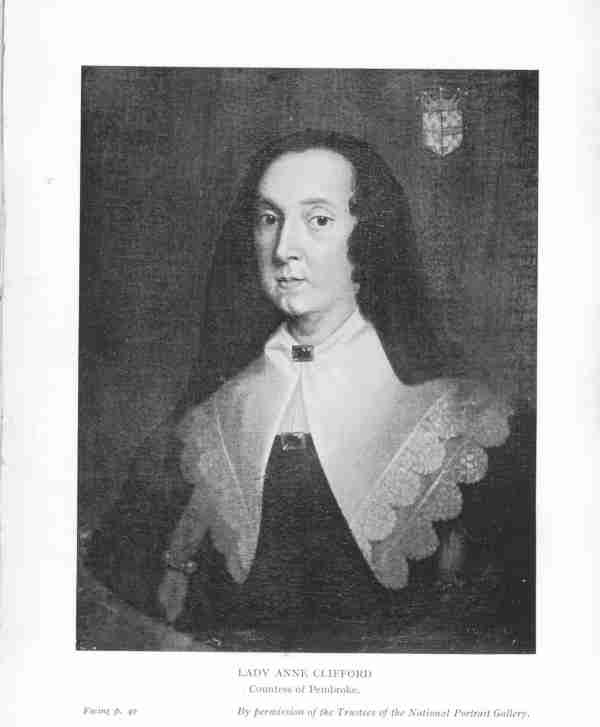 Although she belongs to a later era the similarities are strong, although Lady Anne was born into the aristocracy rather than the upwardly mobile Elizabeth Hardwick, who came from the minor gentry, but who with her fourth marriage eventually married into it. In the reign of King Charles II Anne, as Dowager Countess of Dorset, Pembroke and Montgomery, but even more importantly, Baroness Clifford, was still maintaining the life style of her medieval ancestors, restoring their castles, and was keenly aware of her family and its history. Both were determined women by any standards, sixteenth or twenty-first century, and have left not only remarkable evidence of their activities as builders but also extensive documentation. They may thereby have, to an extent, magnified their exceptionality.

I was brought up midway between the areas in which these two women had lived and came to know some at least of the palces thay had occupied and built or renovated, so they spring to mind, but I am sure they were not unique. In the extent of their achievements they may be untypical, yet they typify in many ways in which women at all levels of society could and clearly did play a distinctive and active role.

From the period of the English Civil War one only has to think of Lady Bankes or Charlotte de la Tremoille, Countess of Derby defending Royalist castles at Corfe and Latham House against besiegers, Lucy Hutchinson or Lady Brilliana Hervey as diarists and writers on the parliamentarian side, Jane Lane smuggling King Charles II to safety or Margaret Duchess of Newcastle and her literary interests to realise that women were very well able to account for themselves.

Women who left fewer records may well, in their own sphere of life, have been equally determined and successful, and these later examples were no doubt the daughters of women well able to look after their daughters' interests as well as their sons'.
Posted by Once I Was A Clever Boy at 11:26