There is an eye-witness account of the day by the diarist Samuel Pepys which can be read here.

This was the first occasion on which the regalia made by the London goldsmith Sir Robert Vyner at a cost of £12,050 3s 5d to replace that destroyed in 1649 was used. Despite some alterations and replacements this set is at the heart of the present regalia held in the Tower of London.

Amongst the regalia St Edward's Crown, about whose design I wrote in St Edward and St Edward's Crown, and the Orb are unchanged since 1661, although since 1911 the Crown is permanently set with jewels, whereas previously they were hired for Coronations and then replaced with paste substitutes. 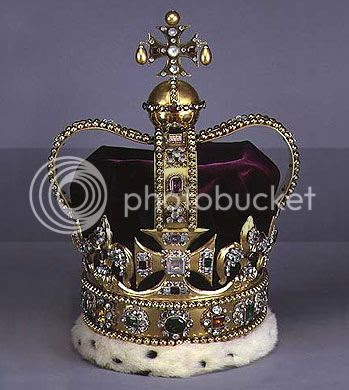 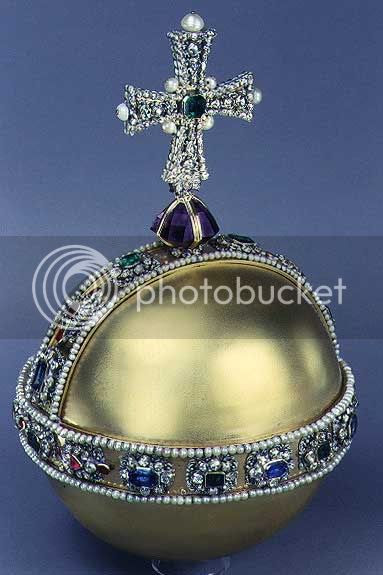 Image: The Internetforum/Royalforum
Both the Crown and the Orb assert that thr Sovereign's authority derives from and is under that of Christ and His Cross, which is a suitable thought for this most solemn and joyful weekend of Easter.
Posted by Once I Was A Clever Boy at 10:52