The New Liturgical Movement has a report by Br Lawrence Lew OP about a celebration of Mass in the Extraordinary Form at the High Altar of York Minster on March 26th which can be read here. 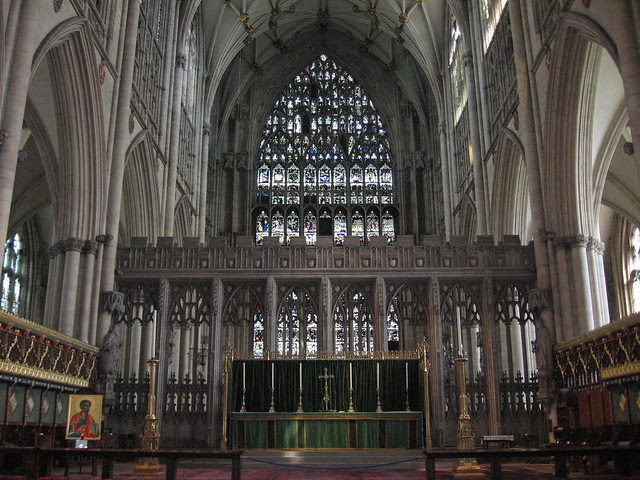 Image: pko6390 on Flickr
This year is the 650th anniversary of the beginning of the rebuilding by Archbishop John Thoresby of the choir arm of the Minster in 1361. In the later middle ages and indeed until the eighteenth century the High Altar was a bay to the west of where it is today, and was therefore lit by the two vestigial choir transepts with their great windows telling the stories of St Cuthbert and St William. Behind the altar was a wooden reredos, like that of Westminster Abbey, and what is now the sanctuary formed the shrine chapel of St William (d.1154), with the open stone screen closing it off from the Lady Chapel and the great east window of 1405-8 beyond.