With the census still in mind I am reminded of the story of the Emperor Francis Joseph insisting on filling in his census form himself, and giving as his occupation "Self-employed public servant." 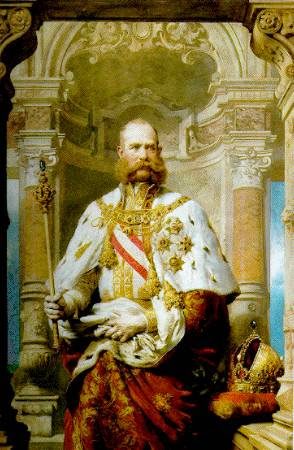 The story is sometimes told so as to imply that he was an uninspired man with a form-filling mentality. The truth is different - anyone who read's Alan Palmer's excellent biography of the Emperor realises that in addition to his dedication to his duties as sovereign Francis Joseph had a very dry sense of humour and a taste for irony.

The story also illustrates a particularly Habsburg characteristic, that of dedication to governance with a sense of resignation to doing that which God had called them to do. Practical governmental intelligence and hours of desk work are the hallmark of the dynasty.The dreamers amongst them, or those who became overly philosophical, such as Emperor Joseph II, or more tragically, the Emperor Maximillian of Mexico or Crown Prince Rudolf, were not typical of the dynasty. Doing one's duty by God and those you were called to rule in a slightly prosaic way, relieved by humour and sound common sense made them the most successful of family businesses. With other monarchies the dynasty changed, with the Habsburgs the countries did.

Linked to your blog today - let me know if it brings you any new fans.

Many thanks - and will do.