In my post Ash Wednesday I wrote about serving the Mass at SS Gregory and Augustine, and I have now found a set of photographs of the liturgy: 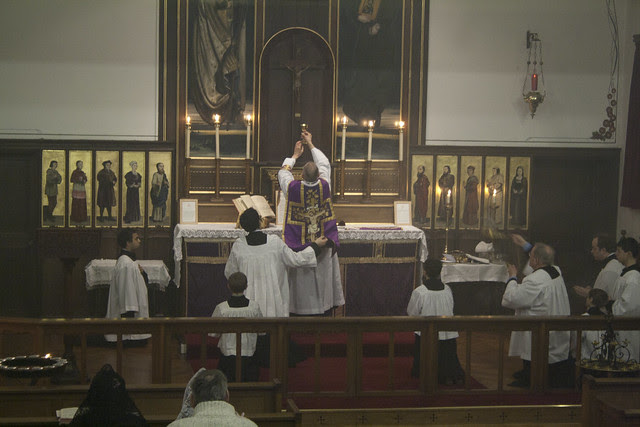 They were taken by the Chairman of the Latin Mass Society, Dr Joseph Shaw, and can be viewed by following the link from his report, which is here.

I have found two other sets of photographs of Ash Wednesday liturgies last week in the usus antiquior online. Fr Blake has pictures on his blog of the Mass he celebrated at St Mary Magdalen Brighton and they can be seen here.

For something really rather more grand than either Oxford or Brighton could do, the New Liturgical Movement has a set of pictures of Cardinal Burke celebrating a pontifical Mass at St Brigid's church,
Posted by Once I Was A Clever Boy at 14:07

Thanks John! You can hear the singing at the Oxford Mass as well, here.