Last Friday evening Professor Lake continued his Ford Lectures with an examination of two polemical political tracts. Both utilised the forms of discourse used in the the 1573 Treatise of Treason and did not stint themselves in attacking their opponents.

The first was John Stubbs' The Discoverie of a Gaping Gulf Where into England is Likely to be Swallowed by another French Marriage of 1579, for which the author had his right hand cut off for seditious libel.

Its main purpose was to attack the possibility of a marriage between Queen Elizabeth I and Francois Duke of Anjou-Alençon, brother of King Henri III of France. 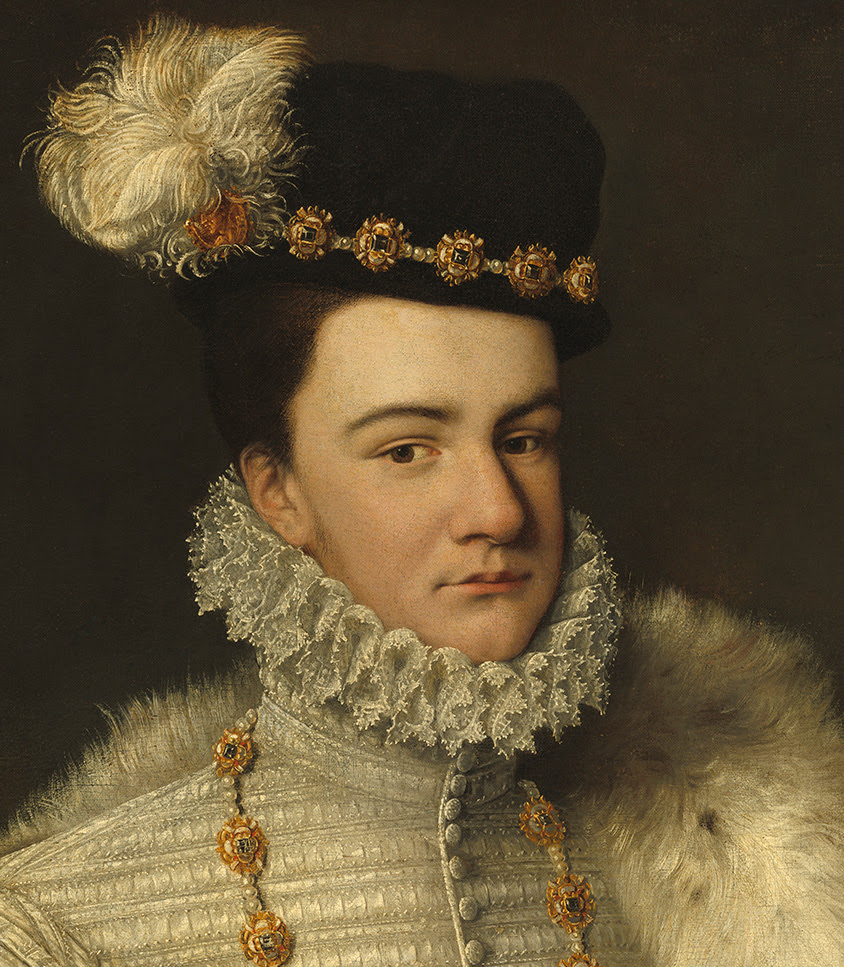 The proposed marriage, which was discussed for several years offered the possibility, however unlikely, that Queen Elizabeth would give birth to an heir and that Anjou-Alencon could intervene in the Low Countries as a Catholic surrogate to aid the rebels against King Philip II but that is so doing would enable the English to avoid charges of aiding radical Protestantism and rebellion.

The proposed marriage meant different things to different people. For English Catholics it offered the hope of toleration. As a proposal it had the support of Lord Burghley and his circle For English Protestants the possibility of toleration, and of a possible Anglo-French Catholic heir, led them to oppose the scheme. It was from this group that Stubbs came.
In the Gaping Gulf he argued that the English should say no to such a marriage. The French were stigmatised as foreign, Papist and Machiavellian, as opposed to the Godly polity of England. To set up a Catholic altar within the Court would be to call down Judgement upon the nation. He referred back to the Massacre of St Bartholomew's Day of 1572, and saw those likely to be drawn in as the real 'French disease' - the scum of the court, the scum of France, the scum of Europe.
However some Protestants did support the marriage plan. They were depicted by Stubbs as concealed athiests and politiques , out for their own gain.The idea of a corrupt Court elite was contrasted with that of trustworthy English country gentlemen. to this was added the fears for Queen Elizabeth I's safety in childbirth and the risk of her death leaving the country open to civil war or invasion.
The threat of a foreign ruler raised the issue of the King's Two Bodies,  here seen as those of the national Monarch ruling on behalf of the Commonwealth and that of the individual's pursuit of personal glory. The Queen should commit herself to the nation and call Parliament to get the advice of good Commonwealth men.
Like the Treatise of Treason the tract sought to reconcile dynastic issues to the benefit of a particular group, and both were based upon religious arguments.
Mary Queen of Scots was presented as having sought to undermine traditional rule there by bringing in foreign ideas and to have sought a personal despotism. Influenced by the Guises she was an obvious threat to Stubbs' view of English liberty. To him there was a need to rally all loyal men, and all Catholics were potential Fifth Columnists.
The second tract was Leicester's Commonwealth of 1584. The text and extensive notes can be read here. Robert Dudley, Earl of Leicester, c. 1564.
In the background are the his arms as a knight of both the French Order of Saint Michael and of the Order of the Garter.

Image: Wikipedia
To the author of the pamphlet there was nothing too bad to say about Leicester. A slave to lust he was also a wife-murderer. His personal depravity was fed by a similar lust for power. His sinister influence extended through the Council and he was seen as opposed to the old nobility. At Kenillworth he had a store of arms ready and aimed for control of London.
Like his father he had no true religion, but as a Machiavellian had now allied himself with the Puritans. This was  purely cynical, and in his own interests. Once he had been allied to the Catholics. Ultimately he aimed at the Crown, and so was a threat to the Queen herself. Having seen off the proposed Anjou marriage he now sought to make trouble for King James VI and to try to disqualify the Stuarts from the succession by using the threat of Popery. There was the threat of a return to the Wars of the Roses, and to the survival of the bloodline of King Henry VII. It was hinted that Leicester might not wait for the Queen's death as his father had with her brother in 1553, but might kill her directly, In this situation the political saviour was King James VI.
The three speakers in the debate were a Catholic, a Protestant [mainstream Anglican] and a Puritan. Their cases are put with moderation. The Catholic is sometimes presented as naive, but all agree that diversity in religion weakened the polity, yet there was no likelihood of quickly removing the differences between what are seen as three separate religions. In this situation the case was advanced for Catholics and Protestants to work together against the Puritans. This raised the possibility of the emergence of a mixed religious polity rather as had been tried in one form or another in the early years of Eizabeth's reign, or had been hinted at under Mary in Scotland, had been sought in France, or was to found in parts of Poland and Hungary.
To achieve this the Queen had to free herself from the evil counsel of Leicester.
Professor Lake thought the attribution of Leicester's Commonwealth to the Jesuit controversialist Robert Parsons (Persons) to be likely.

Robert Parsons SJ
Image: Wikipedia
This vision of a brand of Catholic loyalism allied to a politique Protestant faction and opposed to Puritanism and Leicester's athiesm came it would appear from an author who in his French exile was close to the Catholic League and its rather different approach to the Protestant threat.

These two highly partisan pieces of polemic provide a lively insight into the variety and vitality of Elizabethan politics. This summary does not, I think, do justice to the lecture, but, I hope, gives a reasonable summary.
Posted by Once I Was A Clever Boy at 18:48

for which the author had his right hand cut off for seditious libel.

It would be very interesting to see a resource on that trial and conviction. I was under the distinct impression that dismemberment was a punishment foreign to the common law.