Today is the transferred feast of St Andrew, and an appropriate day in wich to post something about the remains of the cathedral at St Andrewes in Fife. It was the largest gothic church in Scotland, begun in the twelfth century, and completed and consecrated early in the fourteenth century. It was wrecked in the later sixteenth century.

The online vimeo reconstruction created by a team at St Andrews University can be accessed at St Andrews Cathedral 1318 | Open Virtual Worlds.


This has a history of the building from its commencement in 1160 and the various misfortunes that befell the fabric and the ensiuing restorations until the sack of the building by the mob in 1559 and its subsequent, and quite rapid, decay.

There is an online illustrated history of the building which can be seen here. 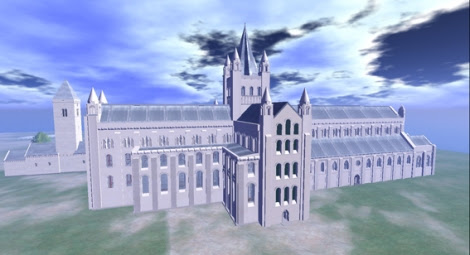 The cathedral from the north in the reconstruction

The cathedral and priory buildings from the south-east

The cloister of the Augustinian priory attached to the cathedral


The seal of the cathedral which depicts St Rule's, rather than the cathedral itself, perhaps suggests a taller spire on the church - more like those of Southwell in England. It can be seen in this photograph on adocument of 1512, although the seal matrix is much earlier 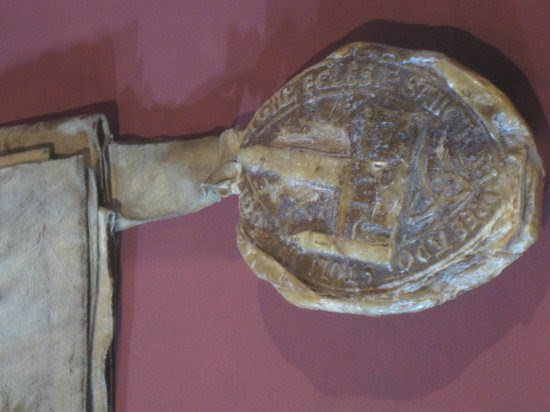 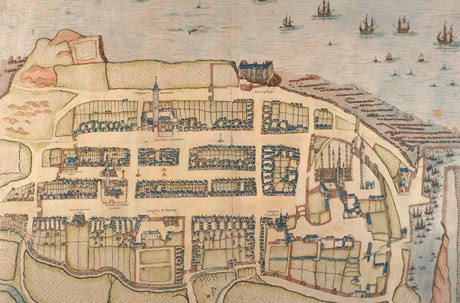 The cathedral can be seen centre-right, with St Rule's tower to the east

In 2010 the argument for rebuilding the cathedral, as with the restoration and reconstructions of Paisley Abbey, St John's Perth and the nave of Dunblane Cathedral is set out here.


How likely that is I do not know. What is clear is that the loss of the cathedral is to be deplored, an expression of Calvinist fanaticism that brought no-one any good.