Yesterday evening I travelled with two friends to Dorchester on Thames for the High Mass in the traditional form to mark the patronal feast of the Catholic church of St Birinus. This was the first time I had managed to attend this annual occasion - in other years there always seemed to be a clash of commitments.
The church, established in 1849 and designed by William Wardell, and very much in the style of A.W.Pugin, is small, but has been exquisitely restored and redecorated in recent years. The parish website can be viewed at St Birinus Catholic Church.

There is an illustrated post from 2008 about the restoration of the church from the Medieval Church Art blog which can be seen at Dorchester Roman Catholic Church. Since then more has been done in the church to enhance its appearance. 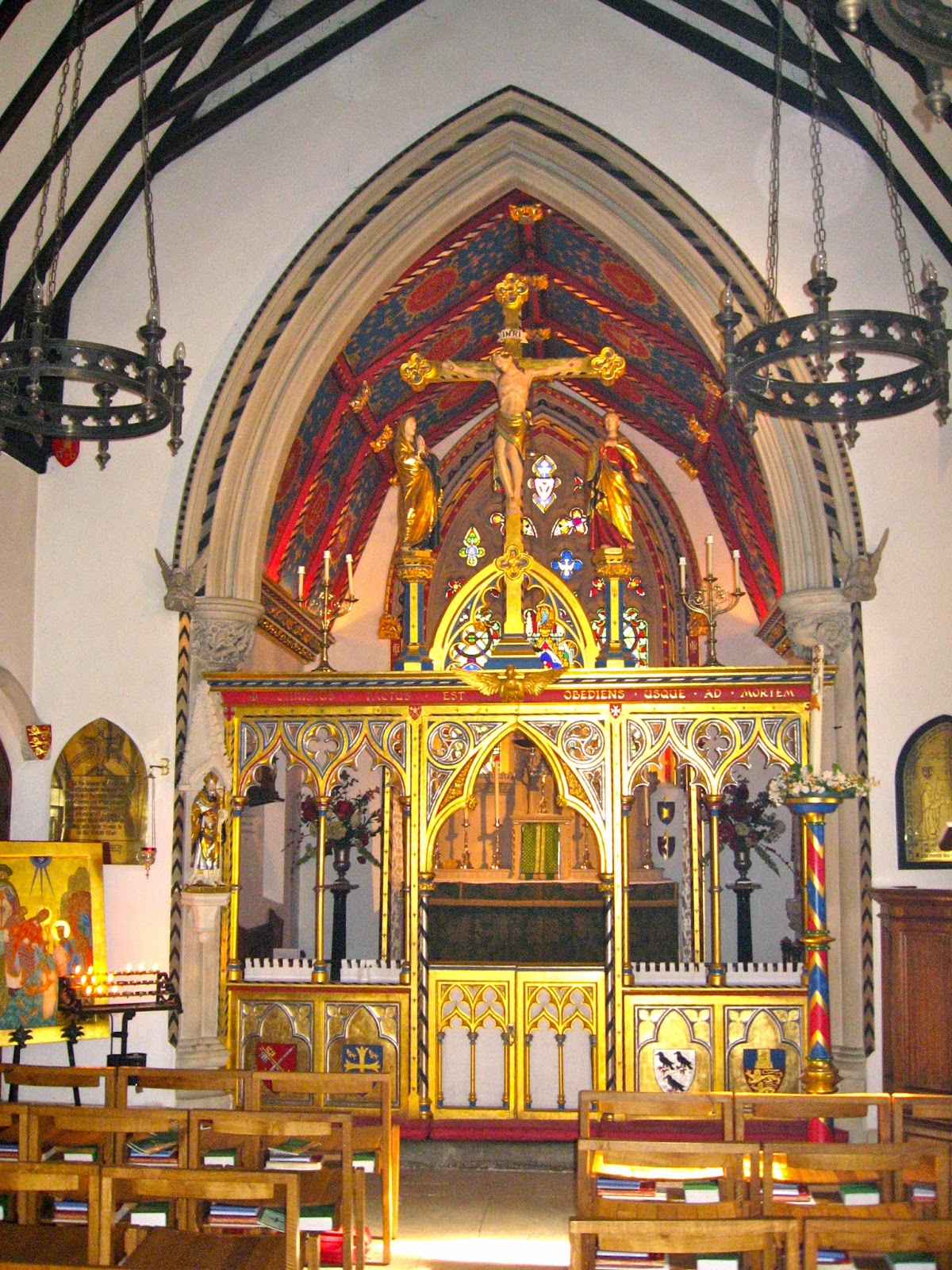 The interior of the church of St Brinus
Image:aroundbritishchurches.blogspot.co.uk
St Birinus, who arrived in England in 634 and died in 649, is the Apostle of Wessex, and can be seenasbeing, in effect the founder of both the later diocese of Winchester and, by extension, that of Lincoln. It was at Dorchester that he established his bishopric, and the place with which he is always associated. There is a brief online account of his life at the webpage Birinus, and one from the website of Dorchester abbey at St Birinus' Story. The abbey, which was floodlit last night, contains a reconstructed shrine for St Birinus, and is a building full of medieval artistic and architectural treasures, and well worth visiting. 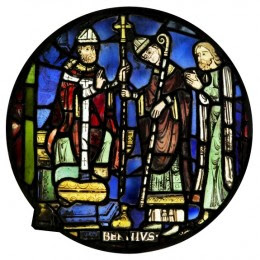 St Birinus receiving a cross-staff, nIII 2b, Dorchester Abbey, c.1250.
Image:vidimus.org © C.B. Newham
Before the Mass there was the blessing of a new statue of St Birinus in the niche to the left of the rood screeen, and adjacent to the icon of the saint baptising King Cynegils which is featured on the parish website.
The celebrant was the parish priest Fr John Osman and the deacon and preacher was Monsignior Andrew Wadsworth, now of the Oratory-in-formation in Washington DC.
To accompany the liturgy Haydn's Little Organ Mass was performed by the Saint Birinus Consort.
There is an account of this patronal feast at the church in 2011 from the blog Offerimus Tibi Domine which can be read at St Birinus Day and which shows the previous statue of St Birinus, and the text of the splendidly rousing recessional hymn we sang again last night.
Known for its high standards of liturgy and music the church had drawn a wider than usual congregation of people like myself who had gone to join in the celebration. Afterwards there was a reception in the presbytery and the opportunity to catch up with old friends and to meet parishioners and other visitors.
A lovely occasion, with beautiful and reflective liturgy and music in an equally beautiful and reflective church.
May St Birinus continue to pray for the priest and people of Dorchester and all who invoke his aid.