O Root of Jesse, which standest for an ensign of the people, at whom kings shall shut their mouths, to whom the Gentiles shall seek: Come and deliver us, and tarry not.

'And there shall come forth a rod out of the stem of Jesse, and a branch shall grow out of his roots.'

Jesse was the father of King David, founder of the Davidic dynasty of the Kings of Judah. It is very much alive. The Davidic dynasty came to a sticky and apparently final end when Zedekiah, the last king of Judah, was taken prisoner by the King of Babylon:

'And they slew the sons of Zedekiah before his eyes, and put out the eyes of Zedekiah, and bound him with fetters of brass, and carried him to Babylon' [2 Kings 25: 7] where he subsequently died. That was apparently the end of the line for David. But the Jews believed that God would send a Messiah, an 'Anointed one' (Greek 'Christ'), a king in succession to David, a new branch growing up from that truncated tree. Our antiphon salutes Jesus as that new shoot, growing from the stump of Jesse.

'And in that day there shall be a root of Jesse, which shall stand for an ensign of the people; to it shall the Gentiles seek.'

There is a well illustrated account of the history and variety of the iconography of this theme from the mid-twelfth century onwards in the online article Tree of Jesse.
The Tree of Jesse as a genealogy of Our Lord, as in the Gospels, was common in medieval churches - the east windows of Wells Cathedral, Dorchester Abbey and Selby Abbey, as well as a window in the nave of York Minster all illustrate it, as does the reredos of Christ Church Priory in Hampshire. These are all fourteenth century examples. 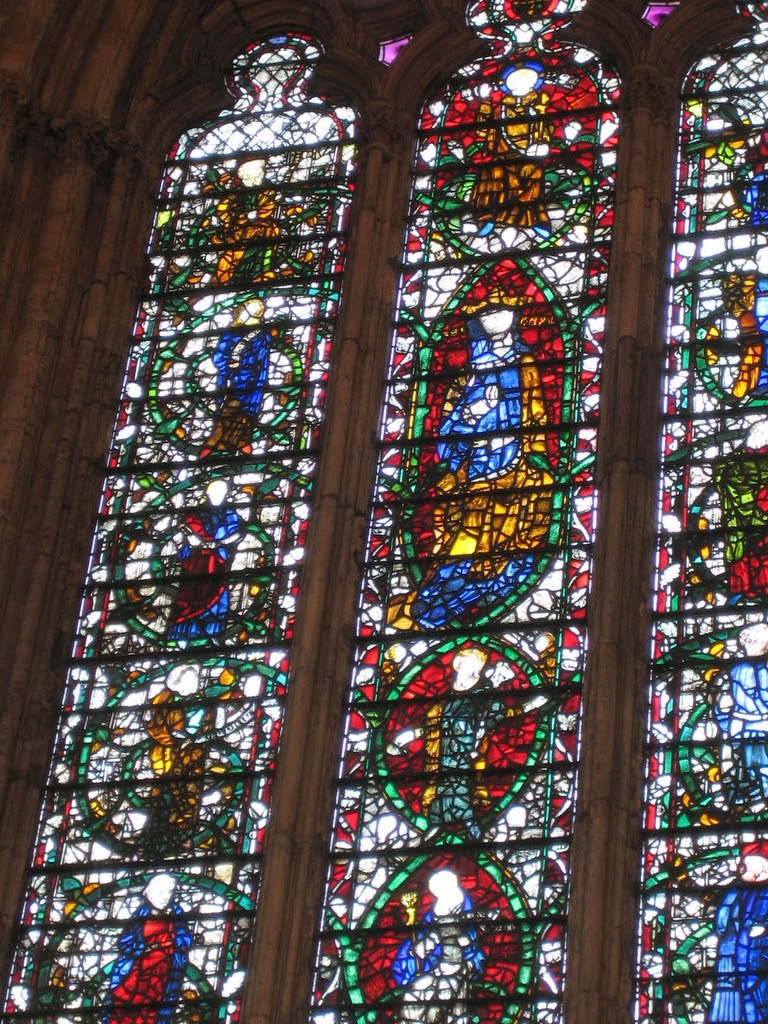 Part of the Tree of Jesse window, circa 1310
South aisle of the nave,
York Minster

The remaining portion of our antiphon we find at Isaiah 52:15:

'The kings shall shut their mouths at him'.

For Christians, this is a 'key' passage of Isaiah, for it occurs at the beginning of one of the 'suffering servant' passages, which Christians have always understood as referring to Christ:

'He is despised and rejected of men; a man of sorrows, and acquainted with grief: and we hid as it were our faces from him; he was despised, and we esteemed him not. Surely he hath borne our griefs, and carried our sorrows: yet we did esteem him stricken, smitten of God, and afflicted. But he was wounded for our transgressions, he was bruised for our iniquities; the chastisement of our peace was upon him; and with his stripes we are healed' (Isaiah 53:3-5).

The O-antiphons, as we have seen, begin with Christ as the God of Creation (O Sapientia), then of the Exodus and the Law (O Adonai). Now we move on to Christ as Son of David, with a hint of his role as suffering servant.