St Gilbert's Order of Sempringham consisted of both joint houses for nuns and canons as their spiritual ministers, and houses for canons alone. They were situated in the diocese of Lincoln - mainly in Lincolnshire itself - and in the East Riding of Yorkshire. Although there have been excavations on the site of the mother house at Sempringham the only substantial remains of Gilbertine houses are in the East Riding at Malton and Watton

Malton Priory was a house of canons alone, and founded by Eustace FitzJohn, lord of Malton. There is an account of it here. There is more about its history, the gradual destruction of much of the church, and alo pictures of the surviving misericords in The misericords and history of St Mary's Priory Church, Old Malton.

The nave of the church survives, minus its clerestory, aisles and one of its towers. 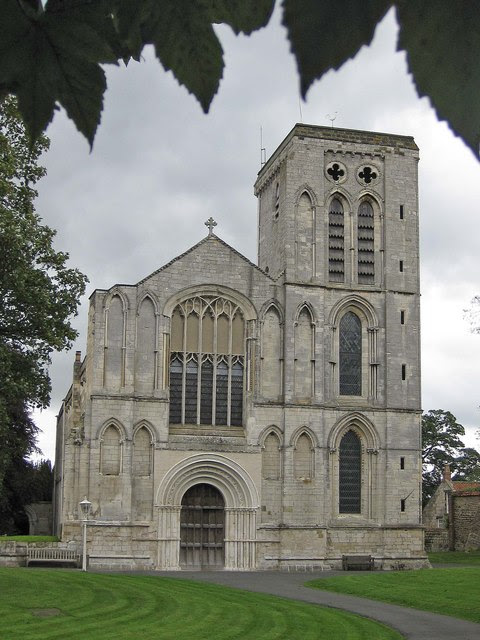 Arches from the original priory church arcade. now on the exterior of the south wall. 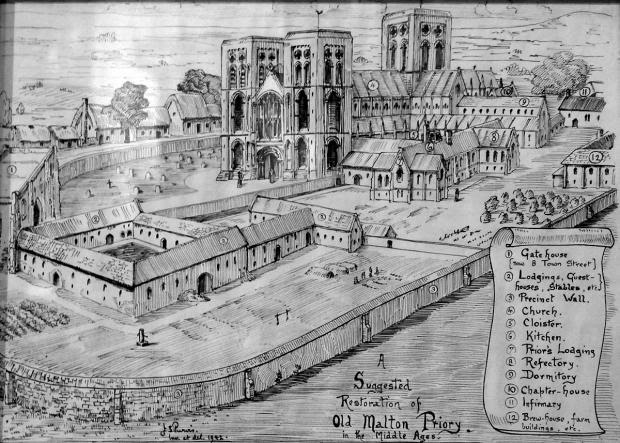 A reconstruction drawing by Canon J.S.Purvis of the priory


Also in the East Riding are the remains of Watton Priory, now known as Watton Abbey. Founded in 1150, again by Eustace Fitzjohn, it was a Gilbertine community of both nuns and canons. This may have been the largest Gilbertine house. There is an account of it from the VCH  History of the County of York vol iii (edited by William Page) at "Gilbertine houses: Priory of Watton". The priory was the scene of the story recorded by St Ailred of Rievaulx of the Nun of Watton and her lover. 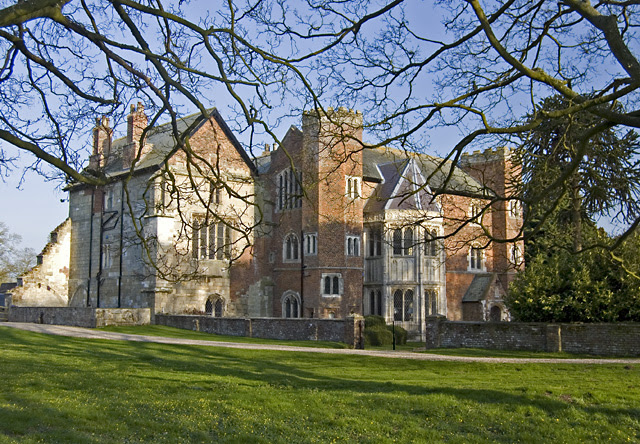 Watton Abbey is one of two remaining buildings on the site of the former Norman Priory of St Mary.
This building was the prior's house and is all that remains, apart from the barn, and the mounds of the demolished buildings near the church. Materials from these buildings were allegedly taken to Beverley for the repair of the minster.

In the fourteenth century the house consisted of the northern block only, but it was enlarged in the next century by the southern block. The western block (the red brick section to the right) was added around the end of the fifteenth century.

Image:Geograph.org.uk © Copyright Paul Harrop and licensed for reuse under this Creative Commons Licence.

Watton Priory from the south
New Hall of mid to late fifteenth century to left and the Prior's Dining Room block to right.
The two buildings form the Prior's Lodgings.

There is an expandable plan, which can be enlarged by clivcking on it, of the site as recovered by excavation at Watton here, from Cardinal Gasquet's 1904 book English Monastic Life. The surviving house is at the lower right :