Last week the Medieval Religion discussion group had a post from Genevra Kornbluth about the discovery in the Lachish district of southern Israel of the remains of a sixth century church. The site was excavated as a result of the remains of the church being discovered during construction work.
The church had been an aisled basilica with marble pillars. Judging by the quality of the remains of the mosaic floor this was once a very fine building, and indicates something of the nature of the setting for worship in the Palestine of the era of Justinian. 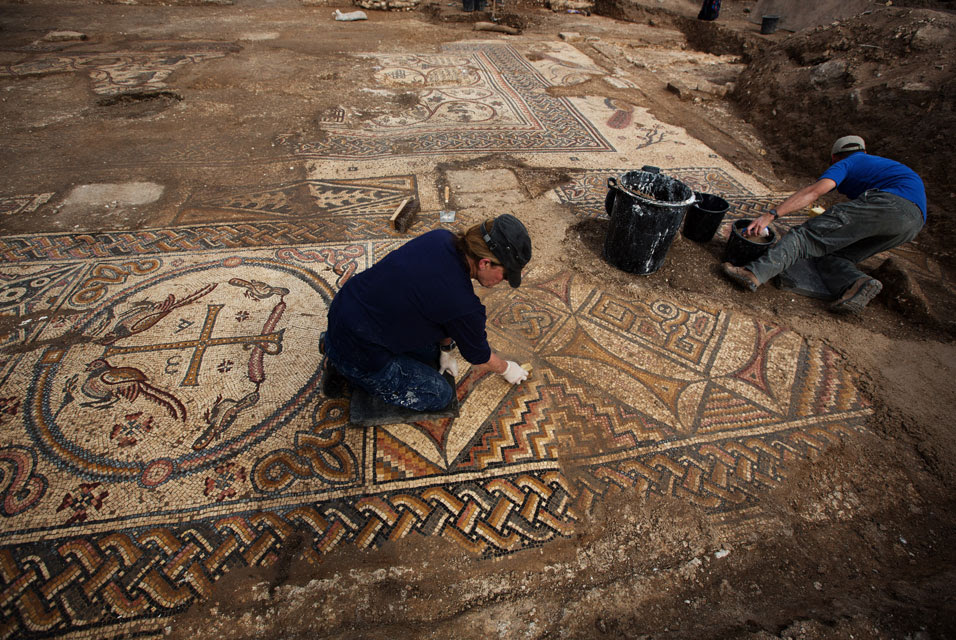 The mosaic floor of the church
A larger resolution photograph can be seen here.
Image:artdaily.com

There is a newspaper report about the site which can be read here, and which has a link to the more detailed press release by the archaeologist in charge of the excavation. This states that the site is to be preserved by reburying it, and that the mosaic will be removed for conservation and display.