Over the centuries St George has been an immensely popular saint, and consequently many artists have received commissions to depict him. I have posted about some of these, and about devotion to him, in previous years in St George's Day, Hymn to St George, St George, St George and the Dragon and St George at Fordington.Here are a few more which caught my eye as I looked on the internet.

When he is not shown as a standing, solitary figure the most usual image of St George is, of course, that of him slaying the dragon. More than the Renaissance and Baroque versions I particularly like the late medieval depictions of the event, such as this one:


Here is one of 1432-5 by Roger van der Weyden, now in the National Gallery in Washington: 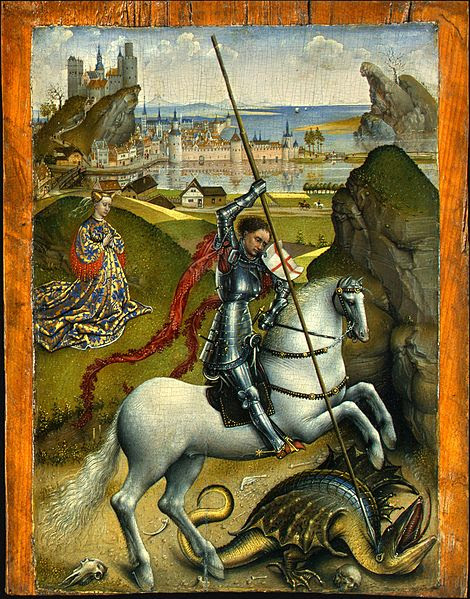 or this one, now in Chicago, by the fifteenth century Catalan artist Bernat Martorell and dated to 1434-5: 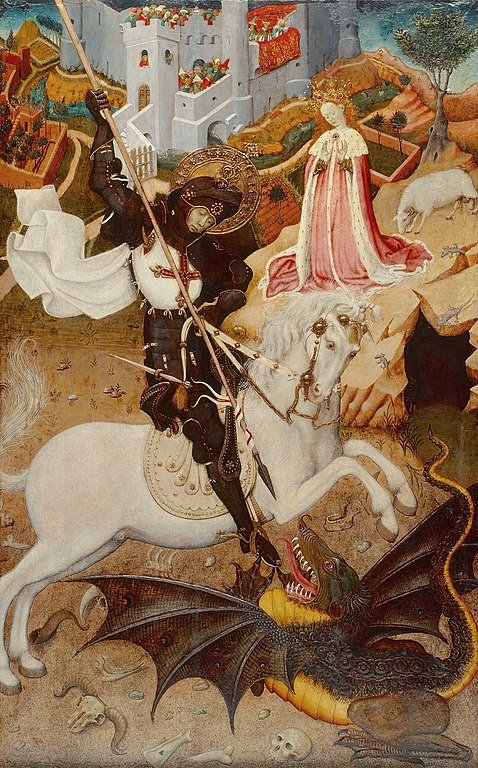 
Part of the appeal of such paintings is the delight in details of contemporary life - hence I suppose my own interest as a historian of the period. Renaissance painters tended towards a more idealised style, sometimes with results they may not have entirely intended.

Thus this standing figure of the saint by Carlo Crivelli from 1472 is undoubtedly a beautiful painting, and expresses the concept of George as a pure and noble youth, but to modern eyes it does look, well, a little effete...:

There is something of both traditions, of the late medieval gothic and the classicised ideal, in this painting in the Accademia in Venice by Andrea Mantegna of circa 1460:

The story of St George's martyrdom itself has produced fewer pictures, perhaps because his Acta seems too fantastical. Here is one of him being dragged to his  execution, again by Martorell:

Image: Wikipedia
I was interested to find this following one online. It shows the saint being roasted in a brazen bull, then dragged through the streets, before being beheaded and buried: 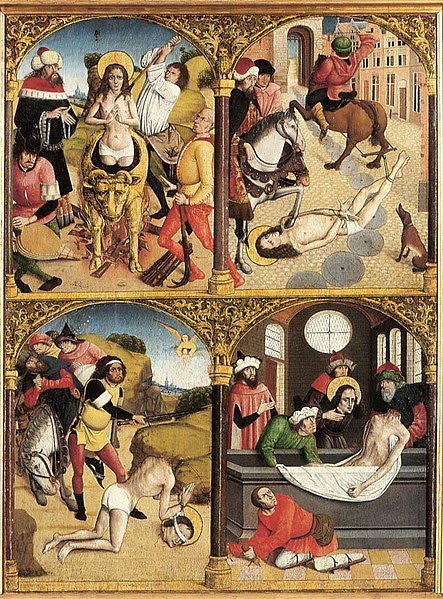 The martyrdom of St George
Unknown artist, Bruges 1500-1510, now in the
Groeningemuseum
Image: Wikipedia
The martyrdom did attract later artists, but their more epic and florid style is one I tend to find less appealing, historically and artistically as well as devotionally.