The Conversion of St Paul

Here, to mark today's feast of the Conversion of St Paul, and thanks to John Dillon's post on the Medieval Religion discussion group, are two views of  Ananias baptising St Paul as depicted in the wonderful mid- to slightly later twelfth-century mosaics of the Cappella Palatina in Palermo. The standard depiction of St Paul with a balding head and pointed beard was clearly well established: 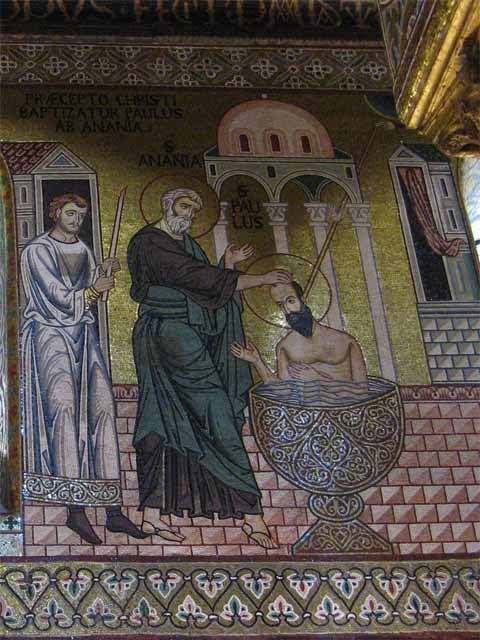 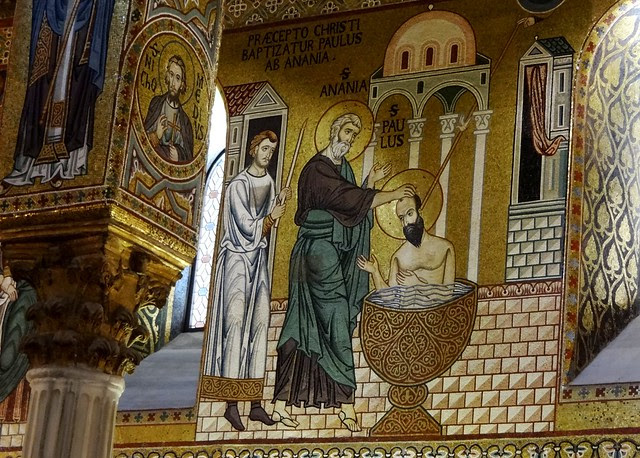