According to his Register it was at about two hours after noon on January 25th 1431 that Bishop Richard Fleming died in his castle at Sleaford, part of his episcopal estates. He appears to have suffered a stroke, and would have been about 45 years old.

He is buried in the north choir aisle of Lincoln cathedral, with a chantry chapel attached to the tomb. The monument is of interest as one of the first transi or cadaver tombs erected in this country, and drawing upon a fashion which had been becoming popular since the 1380s on the continent.

As it is today the monument is not quite as designed by Fleming - he certainly had a hand in its commissioning having written verses for it which indicates a concern for meditation upon the decay of a once handsome man as a corpse. The present appearance is dictated by the restoration in the 1890s by Lincoln College as a tribute to their founder. The original appearance is recorded in the drawings of tombs in the cathedral done shortly before the damage inflicted by the Parliamentarian troops in 1643. 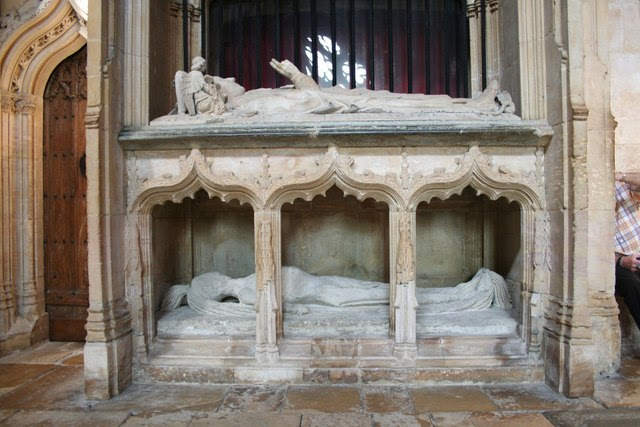 
On this his obit day I always make a particular commemoration of the Bishop in my prayers and invite others to do so.