It is no doubt right and just that the last Mass King Louis XVI attended, on the morning of the day in which he was to be judicially murdered, was that of a martyr, St Agnes.

St Agnes is an early Christian martyr to whom devotion, unlike some others, has survived.There is an on line account of her and her cult here. From it I learned that she is known in some contries as St Ines, but, of course, the pun on her name of Agnes/Agnus has led both to her traditional symbol of a lamb and to the tradition of the lambs whose wool is used to weave the pallia given by the Pope to Archbishops as a sign of their authority being blessed on this day at the church of St Agnes in Rome.

As apopular saint she has attracted the interest of many artists. Here are three different depictions of her, in different mediums from approximately the same era: 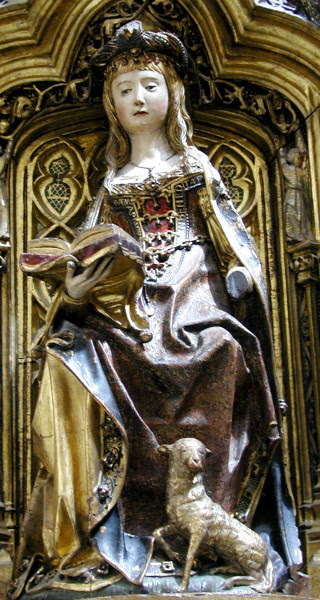 Statue of St Agnes in sixteenth century polychrome
Retable in the Chapel of the High Constable, Burgos Cathedral
Image: Wikipedia 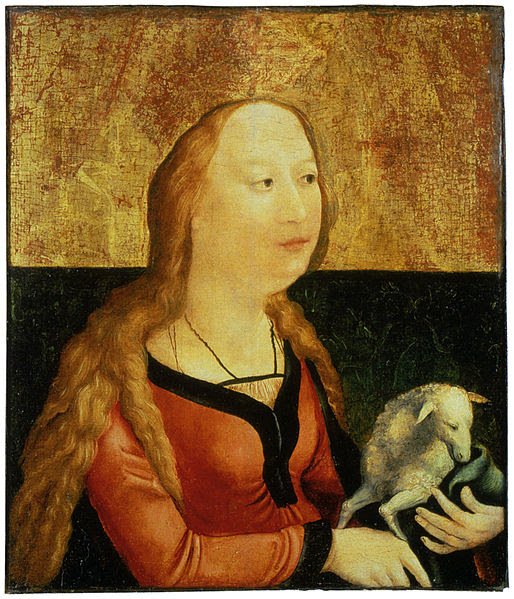