St James the Great at Amiens

Today is the feast of St James the Great and gives me an opportunity to share some pictures of some fine examples of late medieval French sculpture.

Made in 1511 these four polychromtic scenes are mounted in the west wall of the south transept of Amiens Cathedral. They tell the story of St James the Greater's conversion of Philetus and Hermogenes to Christianity. St James is, as common in the medieval period, shown as a pilgrim to his shrine at Compostella, and the sculpture and its polychrome gives an idea of the type of devotional material available to late medieval worshippers. 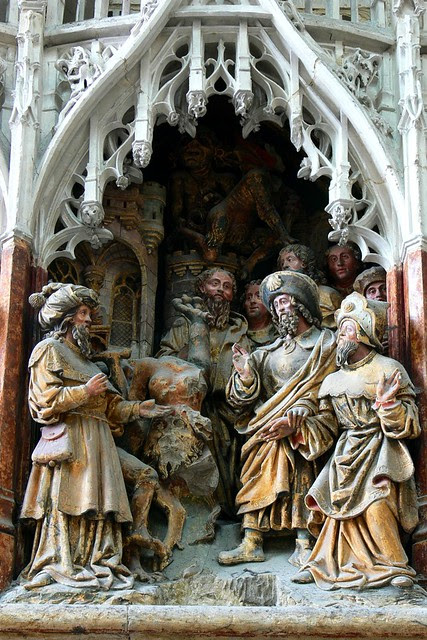 Philatus is sent by the enchanter Hermogenes to confound Saint James and prove his teaching to be false, but ends up listening to James preach. 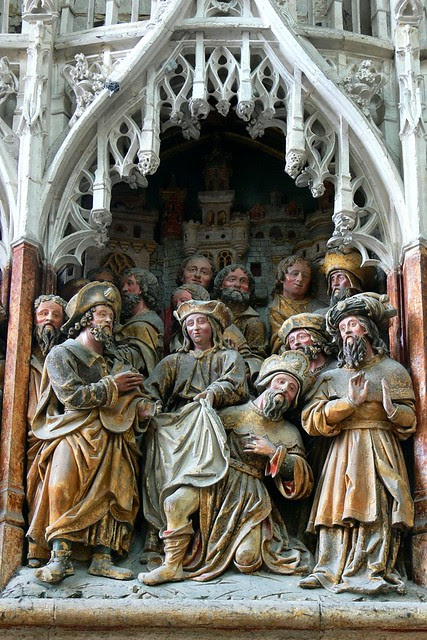 When he returns he tells Hermogenes that he wants to become a disciple of St. James and advises Hermogenes to do likewise. In anger Herogenes casts a spell on Philetus so that he couldn't move. Philetus's child then goes to St. James who send Philetus a kerchief which unbinds him from the spell of Hermogenes. 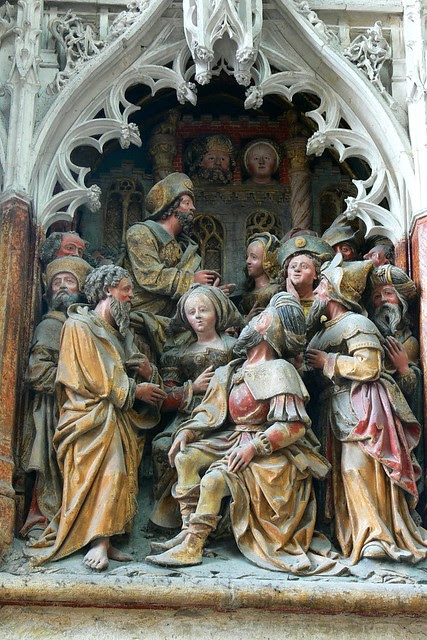 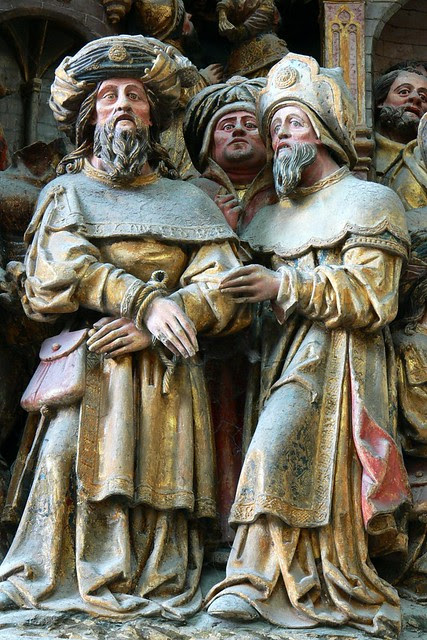 When Hermogenes is brought to St. James he is unbound and converted to Christianity.

With acknowledgements to professor-moriaty.com, and thanks to Christopher Crockett of the Medieval Religion discussion groups for the link