Feast of St Bridget of Sweden

Today is the feast of St Bridget of Sweden, the fourteenth century mystic and foundress of the Bridgettine Order, who has also been co-patroness of Europe since 1999.
An introduction to the life of this remarkable woman can be found in the short account, with illustrations and links, here and the Catholic Encyclopedia biography is here.
In recent years there has been an upsurge in interest in her and her Order, both from historians of the later middle ages and the reformation, and from the promotion of devotion to her through the work of the new Bridgettine Order established or re-established by Bl. Elisabeth Hesselblad in the twentieth century.
My previous posts from past years can be read at St Bridget of Sweden  and  St Bridget of Sweden and Syon Abbey 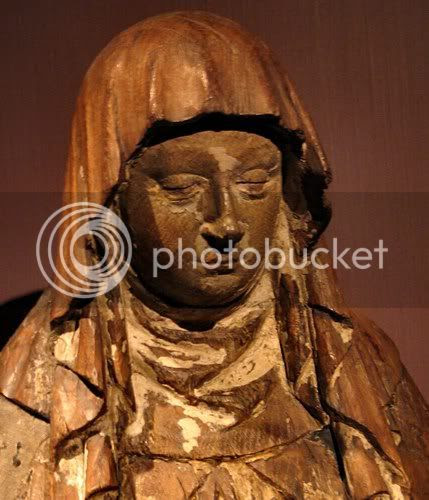 A late medieval statue at her shrine church at Vadstena 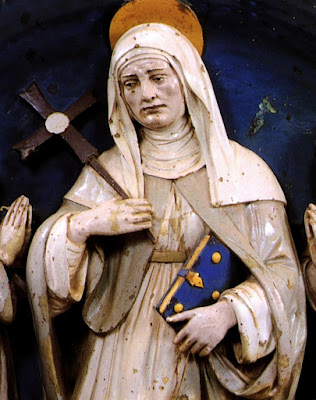 St Bridget.
As in the previous picture she is correctly shown as a vowess and not in the habit of the Order she founded, but which she would never have worn, not being herself a member of it.

My interest in her, indeed devotion to her, as my previous posts indicate, arises from the fact that she is one of the great figures of the alte medieval church - my particular period of academic interest - and from the fact that relics of her wwere once in osney abbey close to where I live, and that I once briefly, visited Syon Abbey, the Bridgettine house founded by King Henry V in 1415-20 at the community's home in Devon - the last surviving pre-reformation community in the English Church.


May St Bridget continue to pray for us
Posted by Once I Was A Clever Boy at 09:40