Today has been the 875th anniversary of the marriage of King Louis VII of France to Eleanor Duchess of Aquitaine in 1137.


Louis VII, born in 1120, had been junior King since his coronation in 1131, during the lifetime of his father King Louis VI and was a man of a rather monastic frame of mind, pious and devout, who had spent much of his upbringing at St Denis, which had received the extensive patronage of his father. King Louis VI was presumably dying when his son married - and died a week later on August 1st . Louis and Eleanor were to be crowned again as King and Queen on the following Christmas Day. 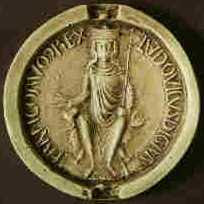 The seal of King Louis VII

Eleanor, Duchess of Aquitaine in her own right, and ruling the extensive territories that the Duchy comprised stretching across south-west France had been born in 1122 or 24. She was a high spirited young woman, a product of the southern culture that was in some contrast to that of the northern Capetian heartland. On a purely personal level it is perhaps not surprising that the marriage was unhappy, and the fact that their two children were both daughters did not help in an age when male primogeniture was vital for the unity of the realm. 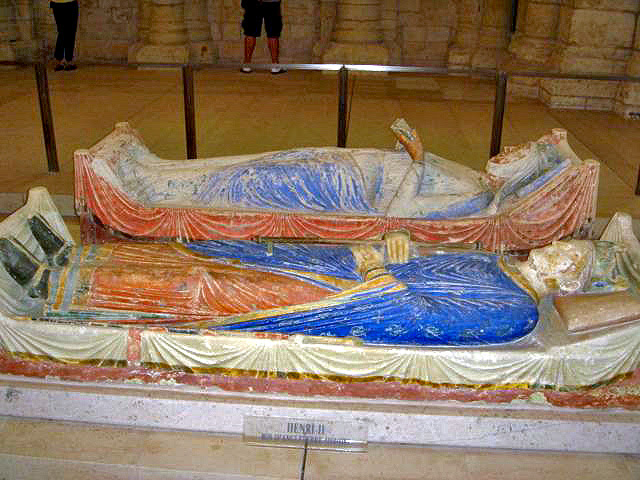 As a result the marriage of Louis and Eleanor was dissolved in March 1152, and Eleanor promptly married the nineteen year old Henry Count of Anjou, who in 1154 became King Henry II of England, and ruler of a vast netweork of territories from Scotland to the Pyrennes. Her new husband was very different in temperament and achievement to King Louis. The marriage was stormy at times but they were to have a large family of both sons and daughters, including three crowned Kings of England - Henry The Young King, Richard I and John, and their daughters included Queens of Castile and Sicily.

For King Louis the consequences dominated the rest of his reign until his death in 1180, when the French crown passed to his son by his third marriage, who became King Philip II, and who was to manage to break up the Angevin Empire in 1202-4.  Had the marriage of Louis VII and Eleanor provided the vital male heir, let alone been happy, the unification of the kingdom as royal domain would have been advanced far more speedily than otherwise happened - the last parts of Gascony did not fall to the French Crown until 1453-4. Although the Anglo-French conflicts of the later middle ages might still have occurred due to the dynastic claim after 1328, but the political realities on the ground would have been very different, with no English base in the south-west from which to threaten the French monarchy with a military and political pincer movement.