Today two carloads of Brothers from the External Oratory here in Oxford travelled down to Quarr Abbey on the Isle of Wight for a retreat to be conducted by our Prefect, Fr Jerome Bertram C.O.

We broke our journey for lunch at Portchester, and had time to have a brief look at the outside of the castle, but not, unfortunately time to go in. I have visited Portchester before, in 1985, and it is a remarkable site. 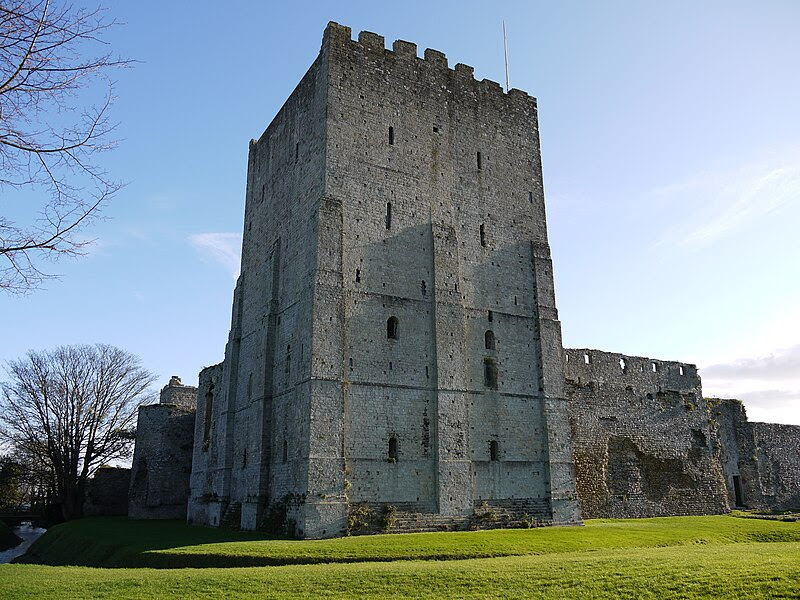 As a fortification it orginated as a Roman fort to defend the coast in the late fourth century, and, with a Norman castle built into the north-west corner in the twelfth century, and fine residential buildings within that part built by King Richard II in the 1390s, it remained in repair and use until the seventeenth century. It must have one of the longest records of use as a defensive complex. There is a good account of it here. It was at Portchester that King Henry V stayed in advance of embarkation for what became the Agincourt campaign in 1415, so it ties in very much with my own period of research.