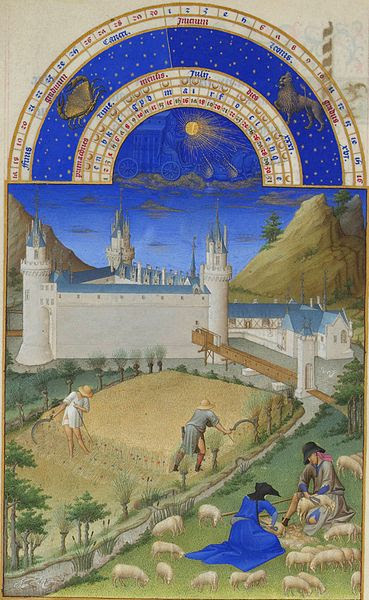 This illumination is attributed to Paul Limbourg  and depicts the Chateau or Palace of Poitiers, portions of which still survive. The chateau belonged to the Duke of Berry who had rebuilt portions of it in the decades preceding the painting.
Harvesting and sheep shearing are taking place in the foreground - all is beginning to be safely gathered in against the winter. One again the scene is idyllic - almost in the tradition of eighteenth century rustic scenes. Here is once again a scene of tranquility, rather different from the realities of life in northern nd central France in the years 1413-16.