The Vestments of St Thomas of Canterbury

Today is the Feast of the Translation of St Thomas of Canterbury, commemorating the placing of his relics in their new shrine in the cathedral on this day in 1220, and recalled every subsequent half-century in the medieval period by a Jubilee.
This year the 859th anniversary of his martyrdom is belatedly being celebrated with a major exhibition at the British Museum as well as events st Canterbury.
For all the efforts in 1538 to destroy the cult of “Bishop Becket” relics survive across Europe of the “holy blessed martyr”, including a number of vestments associated with him. The blood stained tunic or surprise/Roche the was wearing when he was killed survives in Sta Maria Maggiore in Rome, and there are or were plans for it to come to this country as part of the commemoration events.
At Sens cathedral in France, where the Archbishop spent a significant part of his exile in the years 1164-70 are a number of items traditionally associated with St Thomas. They have been copied not only for Canterbury Cathedral but also, in the case of the chasuble, by vestment makers for a wider ecclesiastical market.
These have often been engraved and photographed. 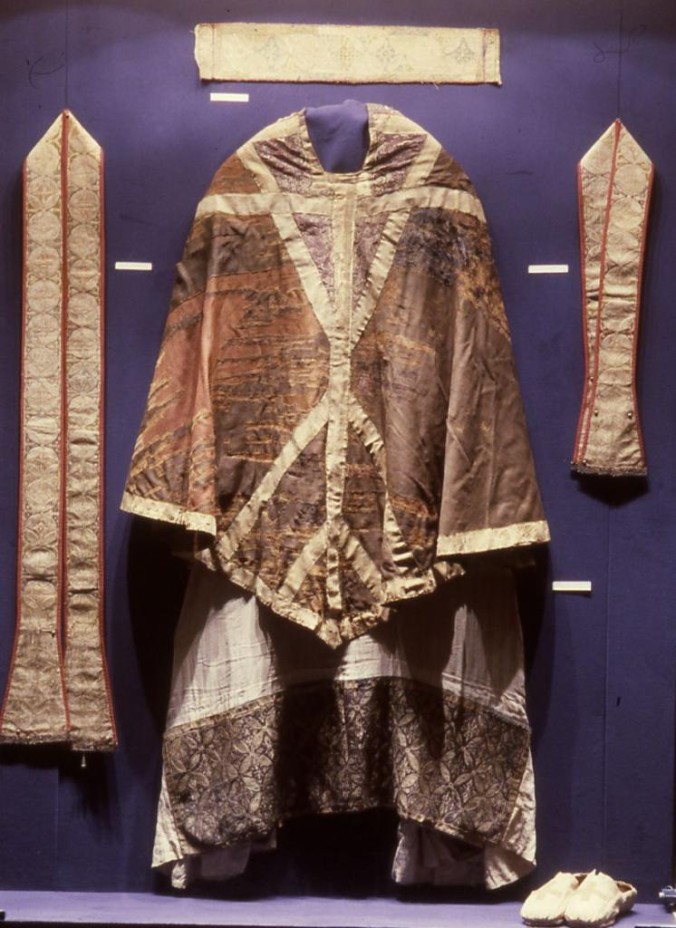