Today is the 700th anniversary of the birth in 1316 of the future Holy Roman Emperor Charles IV.


There is an online biography of the Emperor at Charles IV

Born in 1316 , King of Bohemia from 1346 and holy Roman Emperor from 1348 he died in 1378 and was one of the most remarkable rulers of both Bohemia and the Empire, the ruler who developed Prague as a capital city ofd first class rank. He sponsored the rebuilding of the cathedral of St Vitus there - not completed until the 1920s, founded the Charles University - the first such institution within the Empire, developed the cult of St Wenceslaus and had made the crown of Bohemia, known as that of St Wenceslaus. As apatron of the visual arts his work in Prague and at his castle at Karlstejn survives as atestimony to the brilliance of his era. For the Empire the issued the Golden Bull which regulated that territory and institution until its dissolution in 1806. 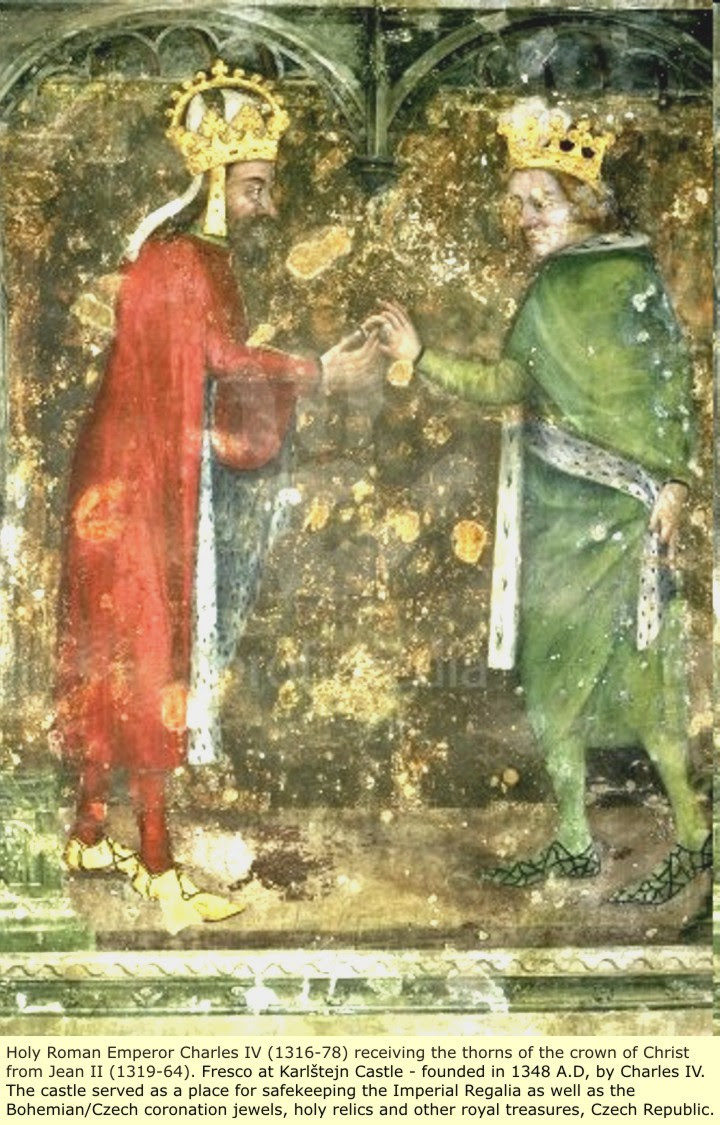 
In terms of English history he was the father of Queen Anne of Bohemia, the consort of King Richard II, and it was, less happily, under the Anglo-Bohemia contacts of those years that the ideas of Wyclif spread to Bohemia and led to the misdirection of the Emperor's laudable and orthodox aim of reinvigourating the Bohemian church into Hussitism.

A remarkable ruler in a glittering and cultured age, he was also one concerned to stamp his image and personality on his realms through the visual arts and enduring memorials.