Earlier this evening I attended a meeting of the Oxford Bibliographic Society at the Weston Library at which there was a lecture "Lost and Found:The Fifteenth-century Manuscript of  João of  Portugal's Livro da Montaria" which was given by Dr Juan-Carlos Conde of Magdalen College.

King João reigned from 1385 until his death in 1433; there is an online biography of him at
John I of Portugal

His family were certainly not lacking in literary and intellectual pursuits, and at some point in the years 1415-33 the Livro da Montaria ( Book of Hunting ) was composed. Hunting was an important part of courtly life, building team spirit, developing skills as horsemen and generally keeping the aristocracy fit.

The tradition of such works was extensive: Dr Conde cited the treatise of Emperor Frederick II on falconry, the writings of Dom Manuel, of King Alfonso XI of Castile's book on hunting and one written by a Castilian prisoner from the battle of Aljubarrotta in the years1385-8 on falconry. The Clever Boy thought also of  The Master of Game on hunting written by Edward Duke of York (d.1415)

King João 's is the most important such book written in Portugal and was in the library of his son King Duarte I. The Royal Library in Madrid has copies from the 14th and 15th century of King Alfonso XI's Libro de la Montaria which were owned by Queen Isabella the Catholic

Of King João's book only two copies were known until recently - one is a late 18th-early19th century copy in the Lisbon National Library and and a Coimbra copy of 1897. They from come from a 17th century copy made in 1626 at the Jesuit college in Montforte de Lemos in Galicia in Spain. In 1990 there resurfaced in the Lisbon Fundacao Oriente what is reasonably certainly a direct copy of the original, and this was published in 2009. In 2010 the copyist of 1626 was identified as Spanish, which explains ceertrain features in the manuscript.

In 2000 at Montforte de Lemos fragments of a medieval manuscript of the Livro were found: this was a page which had been reused to bind notarial records. It was presumed that the rest of the manuscript was lost. This was clearly a presentation copy, and in date quite close to time of composition. There was no proof but this could be part of King Duarte's own manuscript. This page was removed but is to be reunited to the remains subsequently found.

In 2013 more pages were found in the archives at Lugo comprising 10 whole pages, parts of 10 more plus 4 fragments amounting to 30 pages in total. They were binding notarial documents from 1721-61 and the discovery attracted considerable attention in El Pais


All the surviving portions are by the same hand, with related ornamental devices, the remains of a a presentatuion copy with corrections

A 1503 decree of Queen Isabella I regarding notaries was the most important since one of King Alfonso X in the mid -thirteenth century, and was not replaced until 1862. This 1503 decree establishe dthat notaries must keep full copies of their documents in volumes. Most ordinary binding was in parchment, and as printing was coming more and more into fashion, old manuscripts were lost as printed books became more popular, parchment from older works was used to make or bind paper. Thus the Fragmento Roncesvalles survives as one page used as a folder. Other such fragments are of an early novel and in the Alba Library a 10th century page fom S.Luke's Gospel. At Burgos a 12th century folio page similarly survives in the S.Clara archives.With the important text of King Alfonso X's Siete Partidas printed copies replaced manuscript ones.

About a third is now available of the original text of King João, which then makes possible a comparison with the 1626 manuscript copy to see how accurate that is.

As to why there are no more copies Dr Conde pointed out that less survives generally in the way of manuscripts in Portugal.

This was a fascinating historical and bibliographical story - it was just a pity so few people were there to actually hear the lecture. 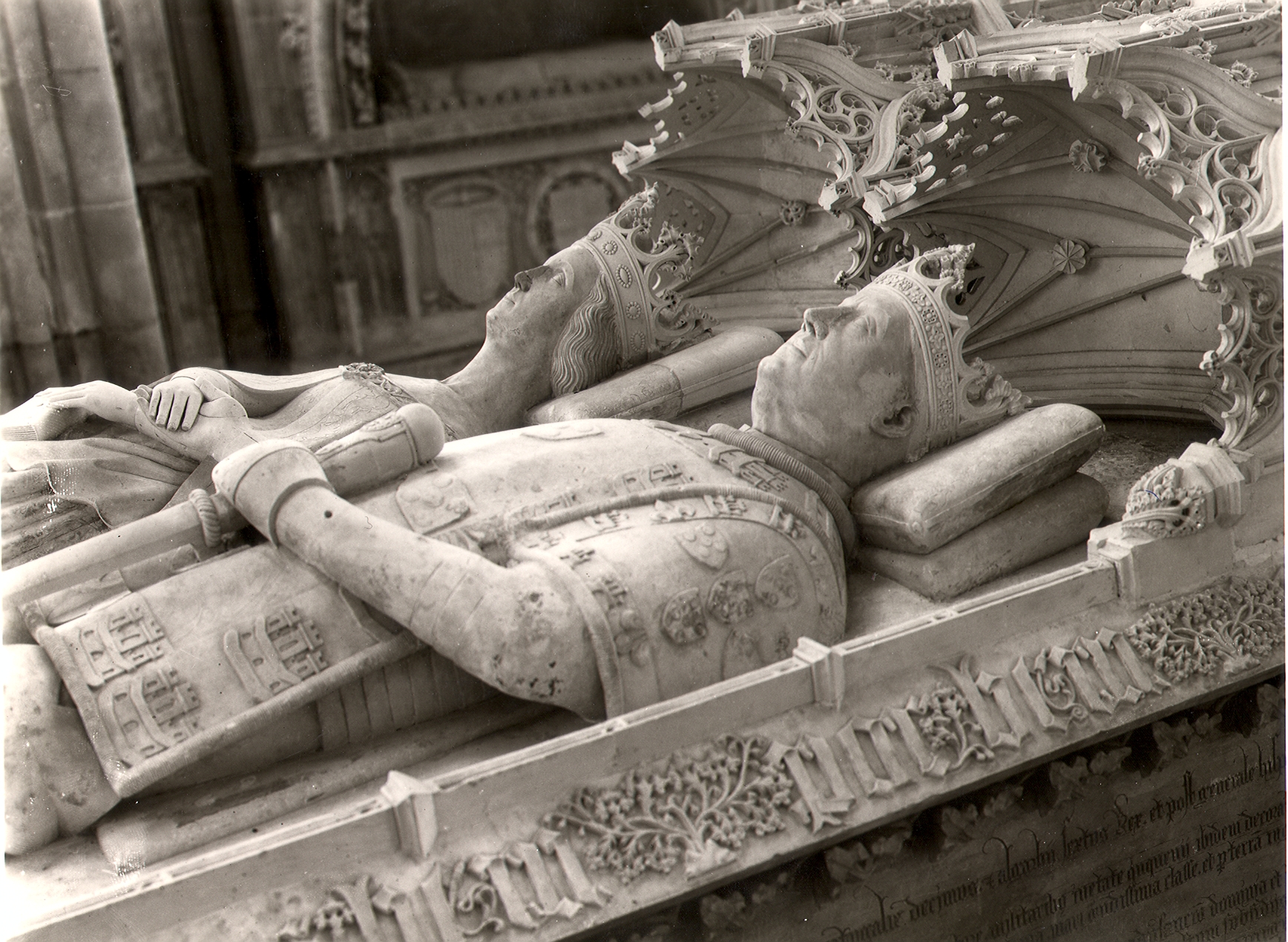